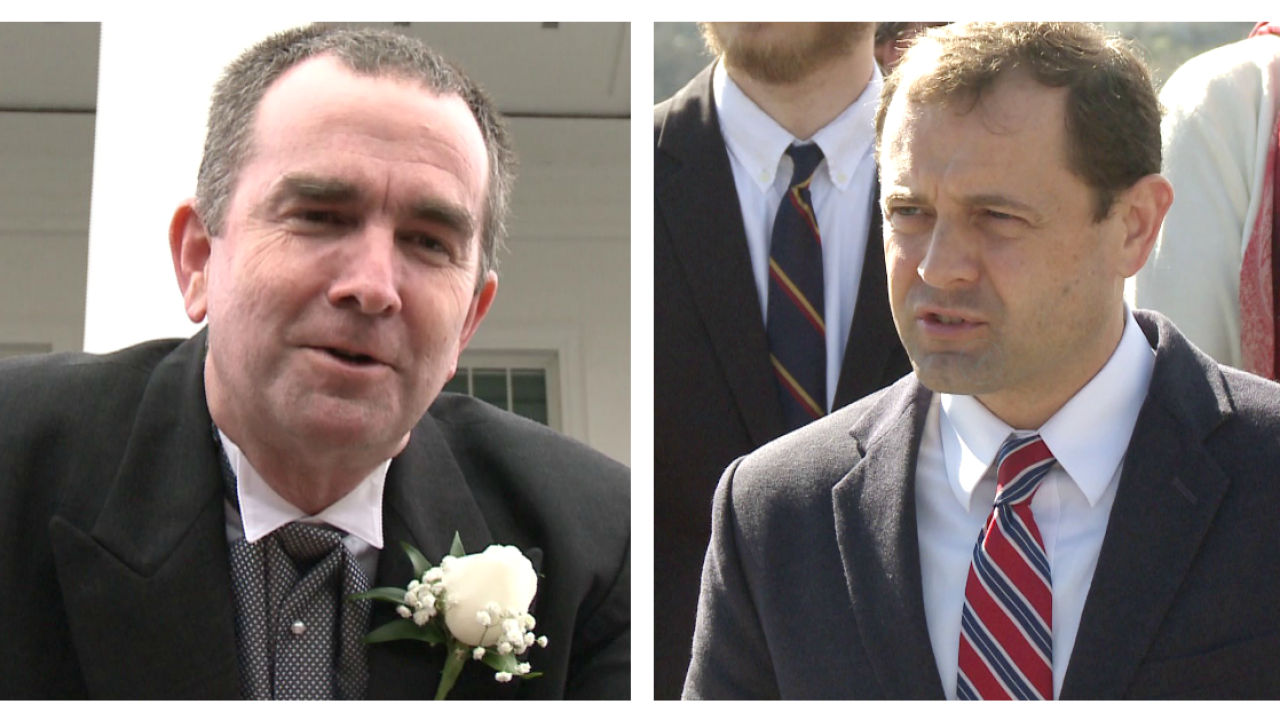 NEWPORT NEWS, Va. – Former Congressman Tom Perriello and Lt. Gov. Ralph Northam are tied at 26 percent for the Democratic nomination in Virginia’s gubernatorial race, according to a recent Wason Center for Public Policy which indicated Democratic Commonwealth voters could be again be divided as they were in the 2016 presidential primary.

Perriello entered the race in January 2017, challenging the nomination Gov. Terry McAuliffe and other state Democrats had planned for Northam.

Northam’s share of the vote has not changed since the Wason Center poll released on Feb. 2, while Perriello has gained 11 points.

Both men have relatively low profiles when it comes to statewide Virginia politics, but Northam certainly starts the race with an enormous head start. He has already raised millions of dollars and has spent the last year crisscrossing the state as the presumptive Democratic nominee.

The Wason Center stated that Commonwealth voters are divided for gubernatorial candidates along the lines of last year’s presidential primary, with Bernie Sanders voters leaning toward “insurgent” candidate Perriello and Hillary Clinton voter’s preferring “establishment favorite” Northam. Ultimately, Clinton took Virginia with 64 percent of voters to Sanders 35 percent (the 2008 primary numbers could be almost be flipped, in favor of Barack Obama, who was running against Clinton).

“Just a few months ago, nobody expected that the real action in this primary would be on the Democratic side, but that’s where it is.”

“Just a few months ago, nobody expected that the real action in this primary would be on the Democratic side, but that’s where it is,” said Dr. Quentin Kidd, director of the Wason Center.

Democrats had thought they had avoided an ugly primary battle when the state’s popular attorney general, Mark Herring, chose to run for re-election instead of challenging Northam in a primary.

He served one term in the conservative, sprawling 5th District of Central Virginia before being swept out of office in the tea party wave of 2010. His two years were spent balancing his liberal politics with the conservative sensibilities of the largely rural district, which does include the progressive enclave of Charlottesville.

He sided with conservatives on key issues such as guns (he once received the endorsement of the National Rifle Association) and abortion (he cast a ballot in favor the Stupak amendment which prevents federal funds from being used to pay for abortions). But Perriello ended his 2010 campaign in a liberal flourish, even bringing President Barack Obama to the district for a dramatic rally in the closing days of the campaign.

He lost by four percentage points.

Perriello is viewed as a progressive champion among Virginia Democrats, while Northam is viewed as a more traditional, moderate Virginia Democrat. Born and raised in the state’s Eastern Shore, Northam was a prep school baseball star before attending the famed Virginia Military Institute and then eventually becoming a pediatric neurosurgeon.

He also served in the Virginia Senate and was known for his ability to work with both sides, but had a reliably liberal voting record, especially when it came to abortion rights.

Meanwhile, Perriello has spent his years out of public office working for a liberal think tank in Washington before accepting an assignment as the Obama administration’s Special Envoy to the Great Lakes region of Africa.

Northam also still enjoys the support of most of Virginia’s prominent Democrats including both senators, Mark Warner and Tim Kaine.

While Gillespie holds a solid lead for the GOP nomination, the Republican divisions in 2016 cast a shadow on the party’s primary this year, too.

“A Trump effect adds some uncertainty to the Republican contest,” said Dr. Rachel Bitecofer, assistant director at the Wason Center. “Gillespie, the establishment favorite, is underperforming among voters who preferred Trump to all those insider Republicans last year. But Stewart and Wagner don’t seem to be picking them up, either.”

Most voters surveyed said they disapprove of how Donald Trump is handling his job as president. Among Virginia voters, Trump’s job approval stands at 37%, with 59% disapproving.

The party primaries are set for June 13.

***Writing from the CNN Wire contributed to this report.***