RICHMOND, Va. -- Firefighters shaved their heads at the Church Hill Irish Festival Saturday in support of a fellow firefighter’s son being treated for cancer.

Caleb was diagnosed with stage 3 Neuroblastoma in February when doctors found a large tumor in his abdomen after he kept complaining of stomach pains.

The firefighters started a fundraising team with the St. Baldrick’s Foundation, which hosts events to raise money for childhood cancer research.

Since the team met their fundraising goal, they joined others at the Irish Festival who shaved their heads.

In fact, more than 103 people got clipped for cancer.

WTVR CBS 6 anchor Greg McQuade once again served as emcee for the event, which raised more than $90,000.

Additionally, a GoFundMe page was started to help Caleb feel better as he starts his cancer treatments. They have raised over $44,700 toward a $50,000 goal. 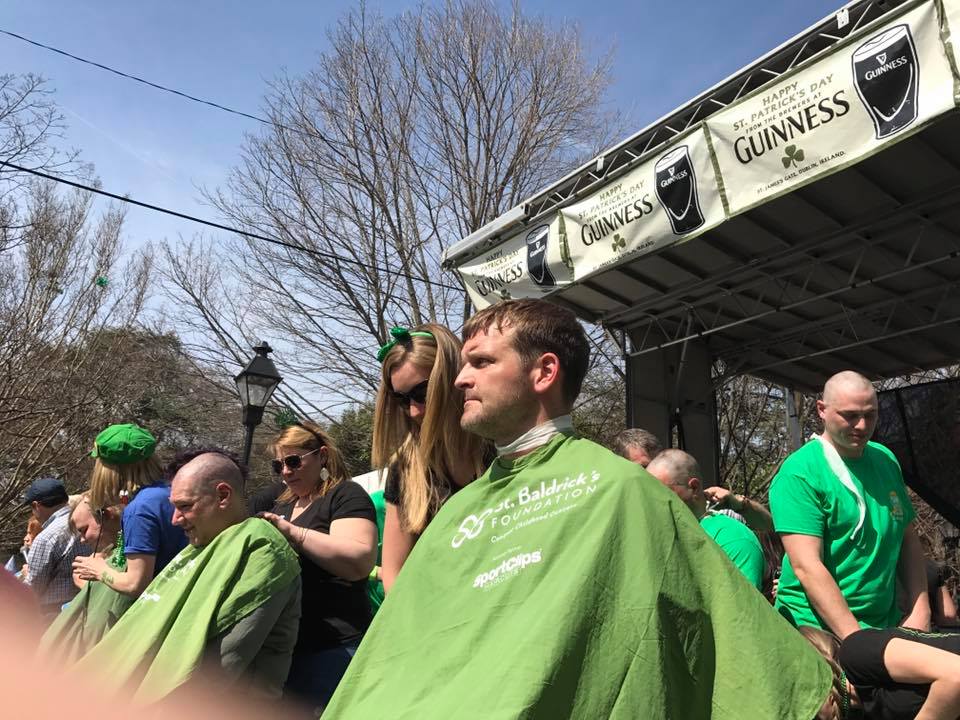