The award is given to the top girl’s high school basketball player in the country for their athletic excellence, academic achievement and exemplary character.

The announcement came during the second intermission at the Washington Wizards and Dallas Mavericks game at the Verizon Center.

Walker was surprised with the award by 2015 WNBA MVP Elena Delle Donne.

This comes one day after Walker was named the winner of the 2017 Naismith Trophy, given to the top high school basketball player in the country. Walker was also named the Gatorade player of the year for the state of Virginia Monday for the second straight season. 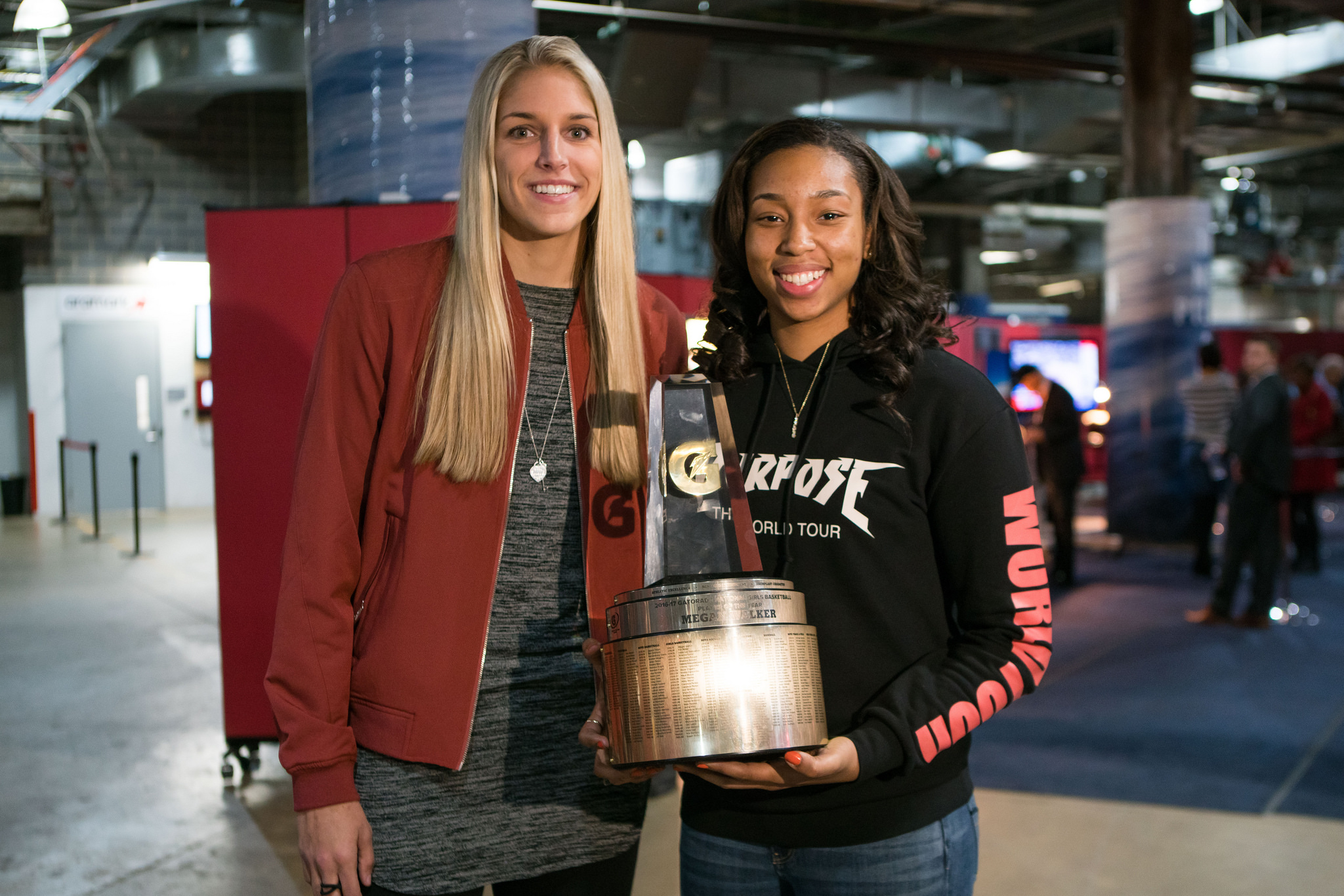 The McDonald’s All-American scored 35 points in the title game, including the game-winning shot with 15 seconds remaining.

She ended her Monacan career winning 59 of her last 60 games.

Walker is ranked the no. 1 ranked girls’ basketball recruit in the nation, according to ESPN.

In November, the 6’ 1’’ guard committed to play college basketball at the University of Connecticut. She averaged 26 points and 8 rebounds per game this year.

As a winner of the Gatorade National Player of the Year award, Walker is now one of six female high school athletes across the country in the running for Gatorade Athlete of the Year.

The winner of that award will be announced in Los Angeles, California, at the Gatorade Athlete of the Year Awards prior to The ESPY Awards.