HALIFAX COUNTY, N.C. — Two men were arrested and 3,460 grams (or 694 bricks) of heroin were taken off the street after police stopped a car on Interstate 95 in Halifax County, North Carolina.

The bust, just over the Virginia-North Carolina border, came after a year-long investigation.

“It’s a good day when you look at the amount of drugs seized and the traffickers arrested before their poison can be distributed in our communities,” Nash County Sheriff Keith Stone said. “I want to commend the agencies involved in our Taskforce and federal partners for working together so diligently!”

The drugs were to be sold in Nash, Halifax, and Edgecombe counties, according to North Carolina law enforcement.

“It all came together. We took the initial information from citizens which led to surveillance and other techniques used,” Sheriff Stone told rrspin.com.

Tony Reams, 53, and Herbert Lamont Cherry, 59, both of North Carolina, were pulled over early Monday morning after driving over the Virginia-North Carolina border. 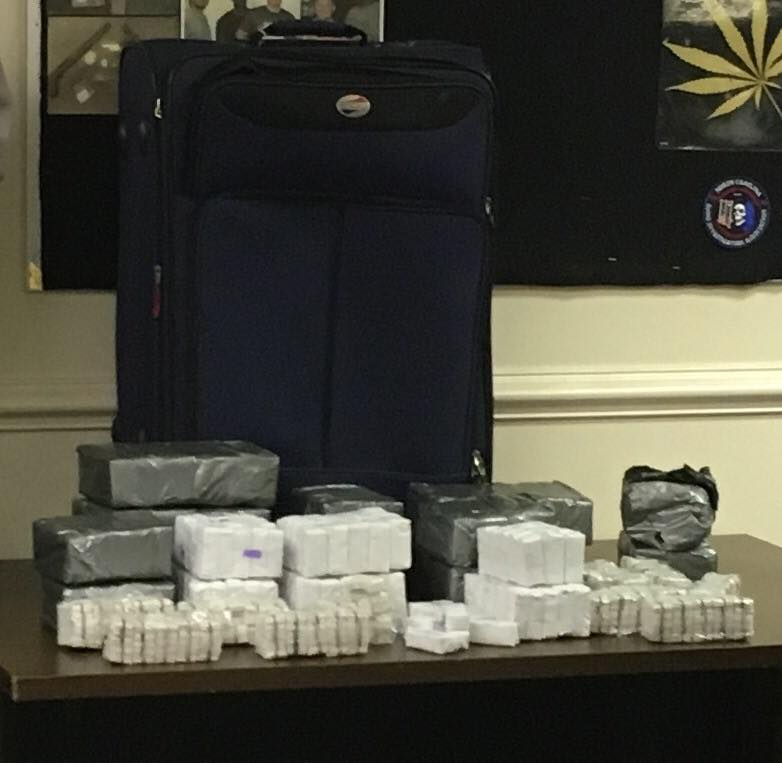 The men were driving the drugs, valued at about $347,000, from New Jersey to North Carolina, according to investigators, who said the heroin was marked with insignias of the Mexican drug cartels.

“When you talk about big fish, these were two trophies,” Stone added.

Both Reams and Cherry were due on court Wednesday.