FREDERICKSBURG, Va. -- A four-year-old Virginia boy had his birthday wish come true when he celebrated the big day at Target.

Hudson was all smiles when he entered the Target store at Central Park in Fredericksburg on Saturday.

Hudson, who lives with autism and cerebral palsy, is obsessed with Target, his mother Meagan shared.

"He's been saying for months he only wanted his birthday party at Target!" Meagan said.

In an effort to make her son's birthday wish come true, Meagan called the store to ask about hosting a party for her son.

"We ordered a Target-themed birthday cake and some children wore red shirts and khakis!" she said.

When it was time to party, Target did not disappoint.

"The party was so amazing," Meagan said. "Target did a wonderful job. All the staff was so nice and helpful. Hudson was extremely happy. He had a smile on his face the entire party. He loved his cake and he loved the plush Target dogs he got as presents. He enjoyed his pretzel from the Target cafe and then enjoyed presents and cake."

Meagan said she was grateful and that it was a birthday Hudson would never forget. 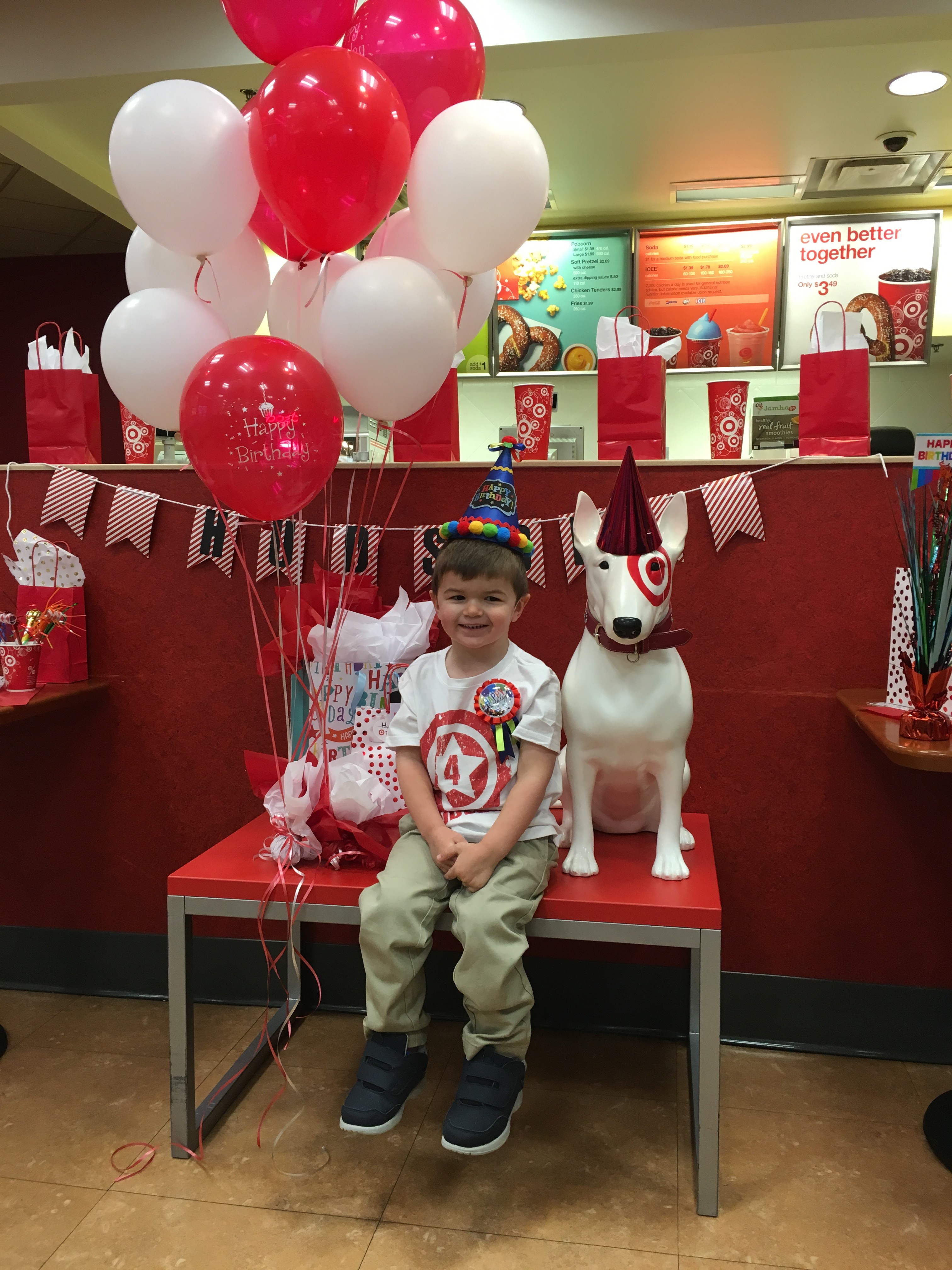