Virginia State Police responded to the accident at mile marker 53, where Interstate 295 north ends near Interstate 64 east, at about 5:15 a.m.

The driver, who was hauling 32,000 pounds of frozen chicken, failed to negotiate the curve of the ramp, police said. That caused his tractor trailer to overturn. 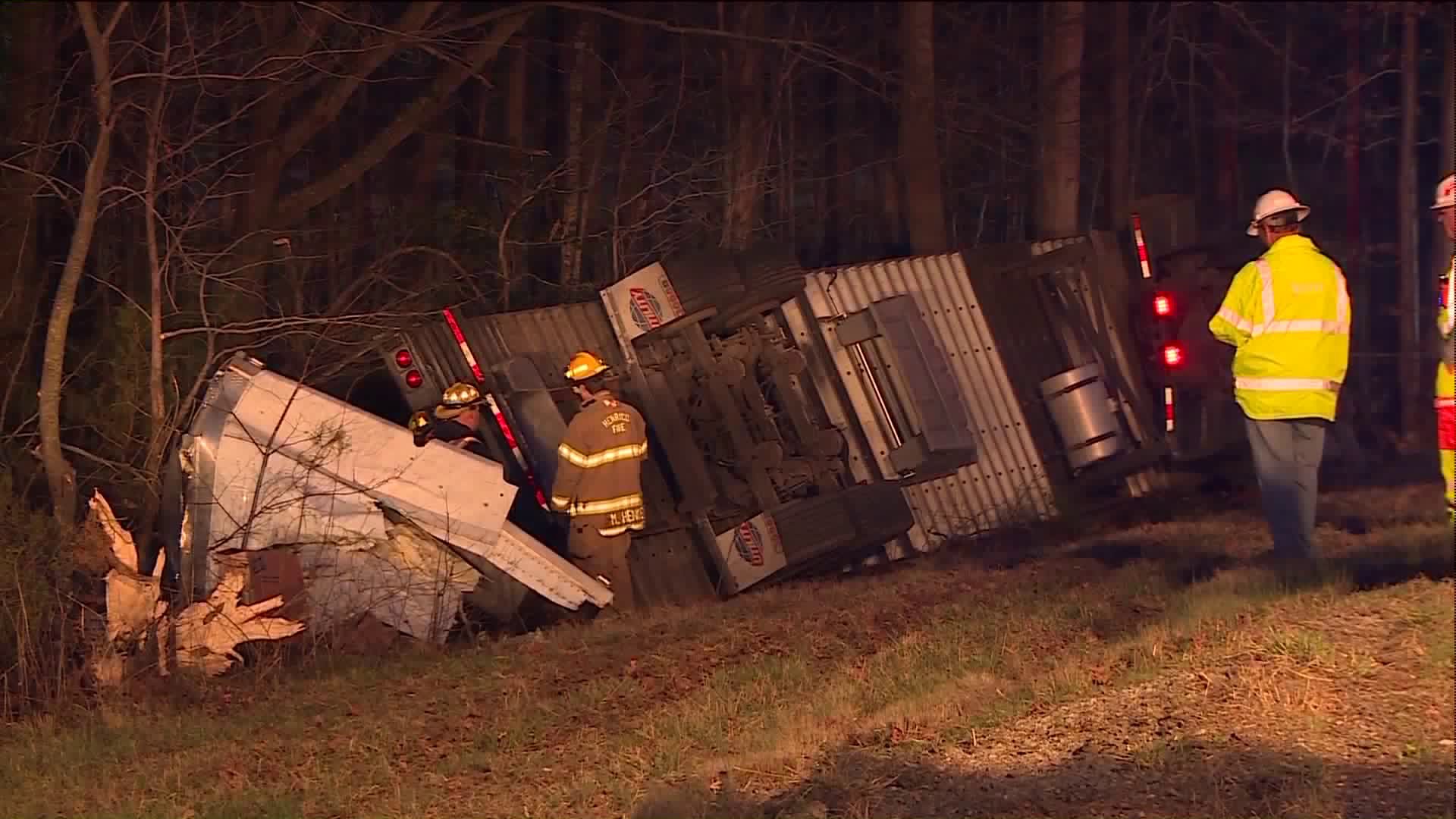 "The driver and passenger were transported to Henrico Doctors Hospital with non-life-threatening injuries," Virginia State Police spokesman Sgt. Steve Vick said. "The truck was hauling frozen chickens, the Dept. of Agriculture has been contacted. The ramp is open and traffic is flowing, clean-up will continue thru the morning rush hour."

Fatigue was considered a factor in the crash, police said.

This is a developing story. Click here to submit a news tip.