RICHMOND, Va. -- Richmond Police Chief Alfred Durham did not hold back during an interview about a massive gun bust in New York City involving guns that were purchased in Virginia.

"I think it's an embarrassment to the Commonwealth when you have a story in another jurisdiction stating that a majority of these firearms are originating here in the Commonwealth. I'm offended by that," Durham said.

The District Attorney in Brooklyn announced Wednesday that 22 Virginia residents, most of them from Richmond, allegedly trafficked 217 illegal guns from Virginia to New York City.

Among the weapons were machine guns and assault rifles.

"I have a passion and a commitment to the citizens we serve, and that's all we hear there are too many guns in the hands of the wrong people," Durham said.

According to the Brooklyn DA, some of the defendants legally bought the guns, and then gave them to the traffickers who are convicted felons and cannot buy weapons themselves. 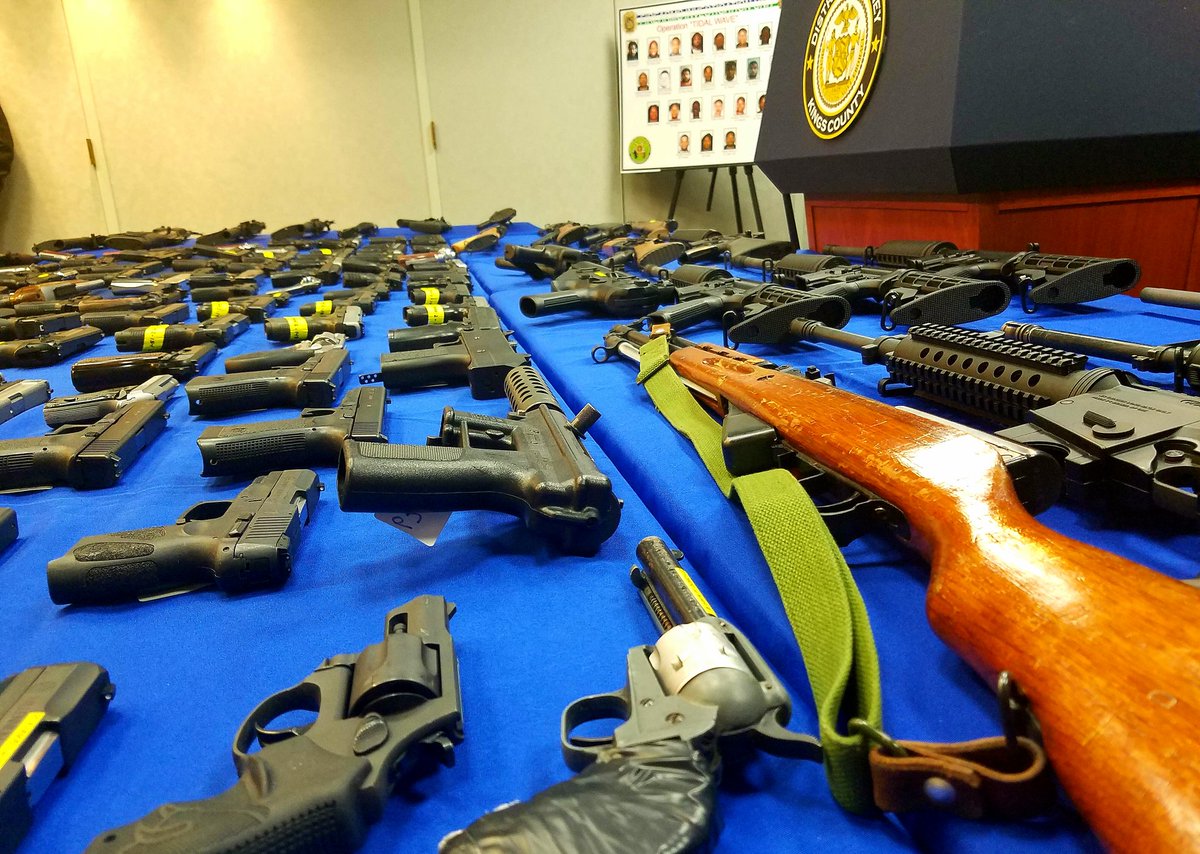 That is called straw purchasing, and Chief Durham said it's an issue he talks to his department about daily.

"I tell you, it's causing havoc in our city also," Durham said.

He actually worked to propose legislation this year aimed at deterring gun trafficking and straw purchasing in Virginia.

It would have required gun owners to report lost or stolen guns within 24 hours.

He said it would have allowed law enforcement to hold straw purchasers accountable.

"That was just a simple request, or so I thought... In less than two minutes it was shot down," Durham said.

In wiretaps conducted by law enforcement, you can hear some of the defendants talking about how easy it is to buy guns in Virginia.

Specifically, how there is no limit on the number of guns a person can buy.

Chief Durham, who calls himself a huge proponent of second amendment rights, said Virginia should be ashamed that criminals brag about how lax our laws are in the Commonwealth, and they should think about what is going on right here in the state capitol.

"It's frustrating when you have the types of violence you have in this city, and we know what the problem is, and we're trying to do things and ask for assistance in passing legislation to help us, but what is important to the city of Richmond and the Richmond Police Department might not be important to others," Durham said.

Durham said he will try to push that legislation again next year.

He also said his department recovered about 800 illegally possessed firearms over the past year.