RICHMOND, Va. – Several dozen people gathered at the bell tower at the State Capitol in Richmond Saturday afternoon to rally to put an end to sanctuary cities.

Stewart said the rally was in response to Richmond Mayor Levar Stoney's push to make Richmond a sanctuary city for undocumented immigrants.

“We have illegal aliens in the Commonwealth of Virginia that are committing crimes against Virginians and then you have cities like Richmond who refuse to do anything about it,” said Stewart.

Minutes after the event started, ICE out of RVA protesters showed up countering the movement.

Capitol Police stood in a line as the two groups went back and forth with each other during the events.

Ray Tranchant was one of several speakers at the rally to end Sanctuary Cities. He said his daughter was killed by an illegal immigrant in Virginia several years ago.

Stewart and supporters are against making Richmond a sanctuary city for refugees and illegal immigrants.

“The illegal immigration problem has become really bad in the country. Donald Trump is trying to support the American people by deporting illegal immigrants that have committed crimes in the United State,” said Tranchant.

Still, those on the other side said that we need sanctuary cities.

“We say that we are for immigrants and things like that and our constitution and everything but when we don’t have sanctuaries for our immigrants to go to, we basically look like hypocrites,” said one demonstrator. 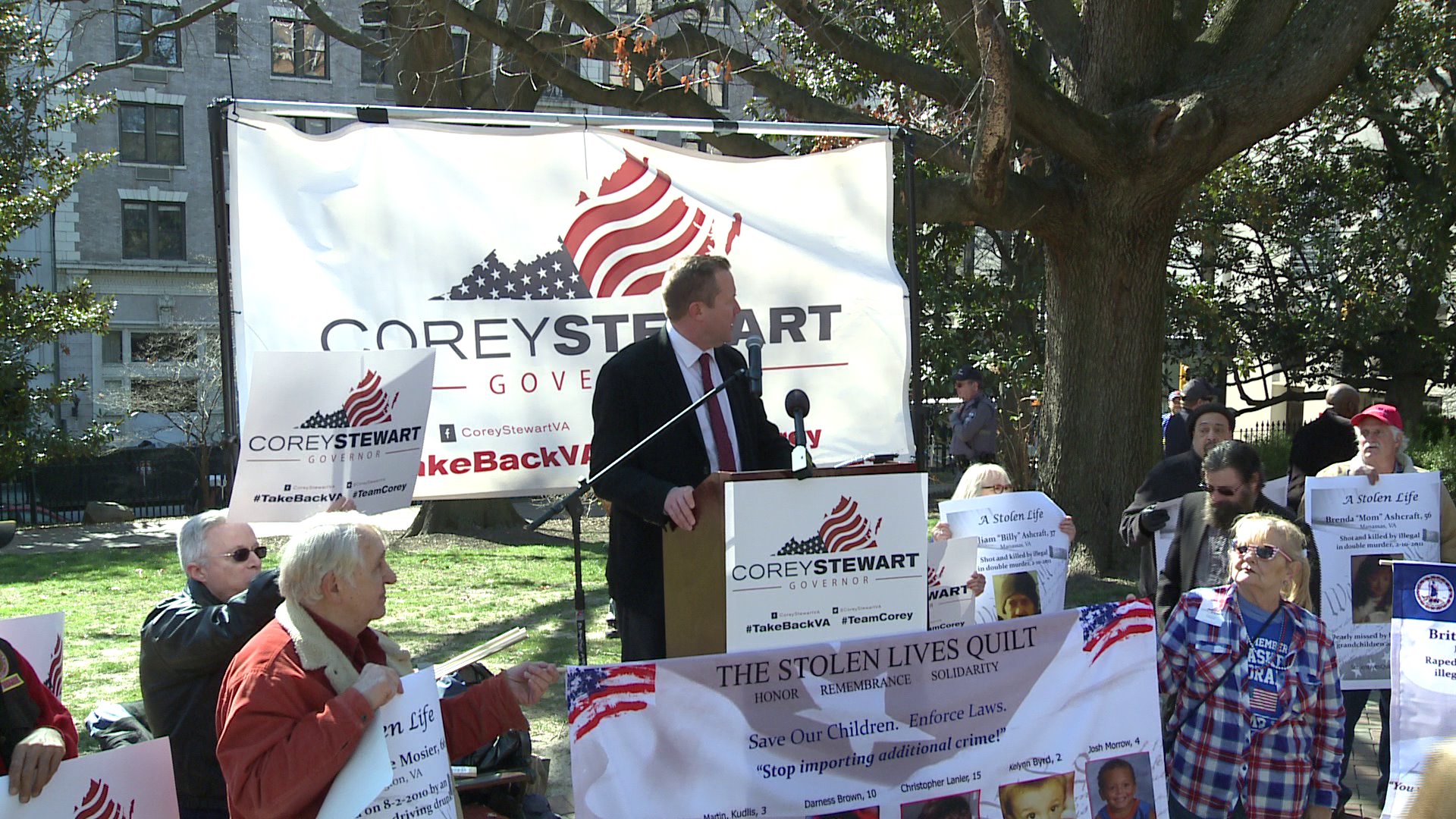