RICHMOND, Va. -- For the second time in two weeks, a group of people gathered on Broad Street to once again ask Richmond to declare itself a sanctuary for illegal immigrants, members of the LGBTQ community, Muslims and African Americans.

Among their requests, they want Richmond Sheriff CT Woody to not let Immigration and Customs Enforcement into the jail without a warrant signed by a judge.

Under state law, anytime someone enters into a Richmond jail, their immigration status is checked and sent to ICE.

ICE can then come pick them up.

“What is not a law is for ICE to have access 24/7 to immigrants and refugees and we don’t want that,” Carolina Velez, an organizer for ICE out of RVA, said. 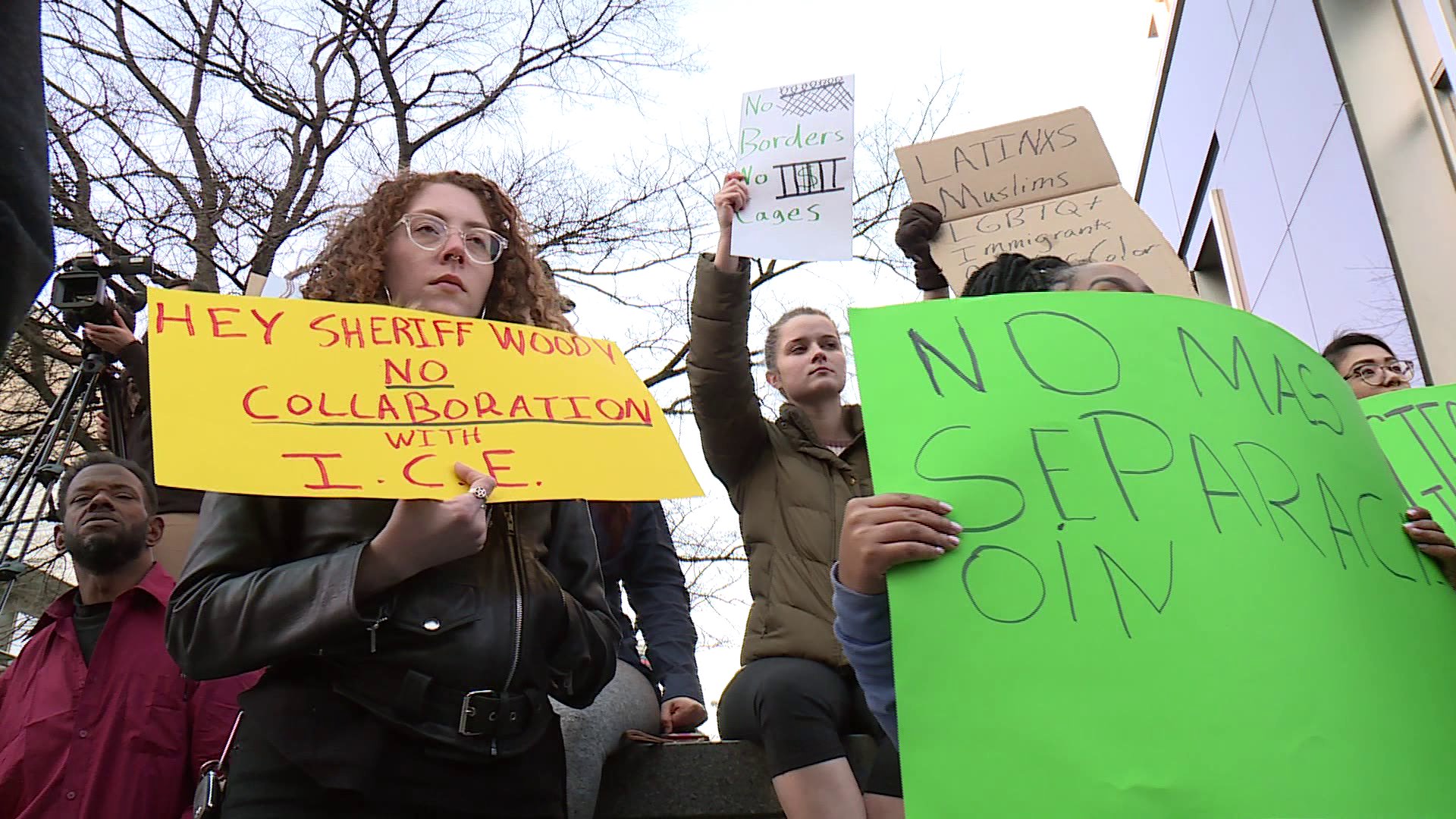 This time, the group took their demands and concerns to City Council.

Several members of the group told CBS 6 that despite city policy that officers will not ask for immigration status, it still happens.

There have been many instances where the police have asked for immigration status,” Velez said.

But, Chief Alfred Durham said over the past five years, there has only been one complaint made of that nature back in 2014.

It was founded, but Chief Durham said that was the only one.

“Anyone that we encounter, we are not asking about immigration status,” Durham said.

In response, the City Council announced they created a human rights commission.

A long line of speakers told Council they do not like the proposed new city bus system and argued low income black residents were not included in the process, and it does not meet their needs.

“It effectively reduces resources in lower income black neighborhoods, and increases resources to other demographics,” one man told council.

Council ultimately signed off on the policy direction for the draft, which recommends 70 percent of GRTC’s budget be spent pursuing maximum ridership, and 30 percent be spent on providing coverage where ridership is naturally low.

But, council members said the draft will be adjusted to meet everybody’s needs.

Councilman Parker Agelasto announced at the meeting that he has been talking with the President at VCU about GRTC taking over the VCU bus service.

He said it would save money and increase ridership.