When temps will return to normal after record highs

RICHMOND, Va. —  High temperatures will reach into the upper 70s and lower 80s for much of central and southern Virginia during Sunday afternoon.  The record high for Richmond International is 74°, set back in 1999.  It will be cooler across northwestern, northern and eastern Virginia.

A cold front will pass through by Sunday evening, bringing gusty winds and cooler weather with it.  A shower or rumble of thunder will be possible.

Winds will gust over 30 mph for much of central Virginia, with some higher gusts near the coast Sunday night into Monday morning.  The highest wind gusts will occur over western and far northern Virginia, where a high wind warning is in effect until Monday afternoon. 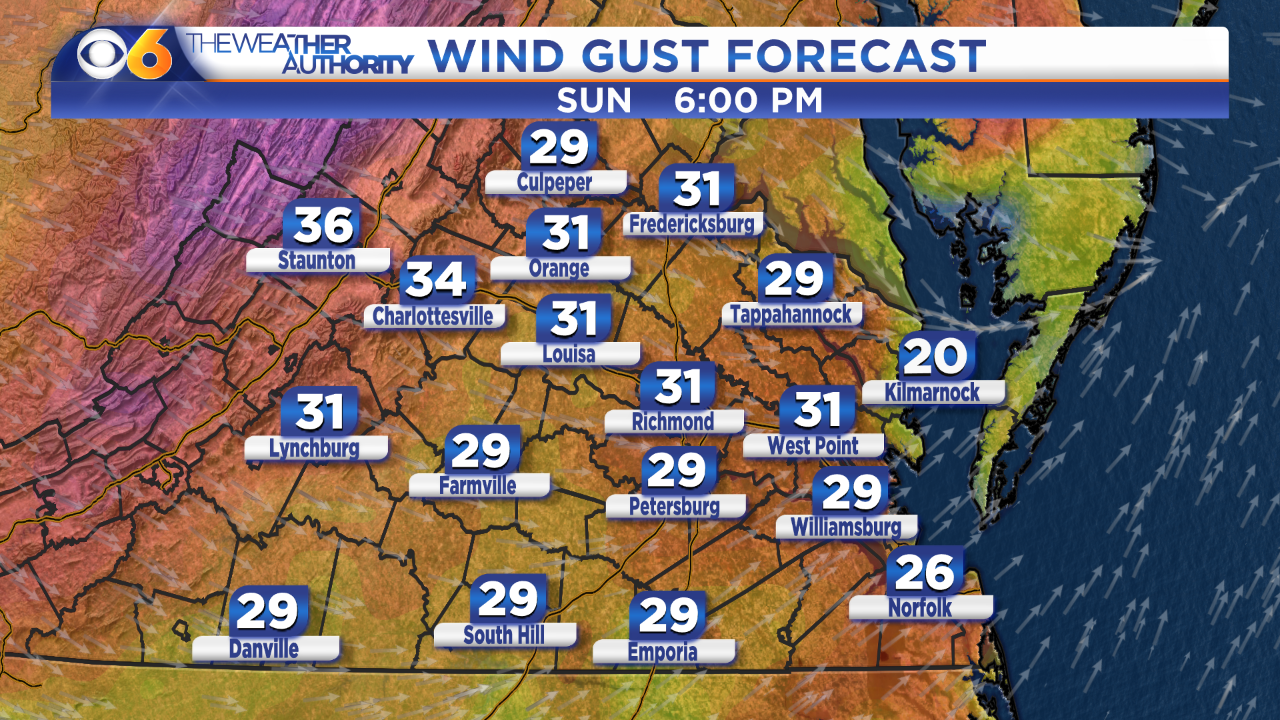 Cooler air will filter in for the first half of the work-week, but these temperatures will just be closer to normal.  A system will pass to our south on Wednesday, followed by a quick shot of colder air for Thursday into Friday morning.  Another surge of warmer air will return next weekend with highs in the 60s on Saturday and near 70° Sunday.  It looks like mild to warm weather will continue through the following week.