"Two people were killed early Wednesday morning when the vehicle they were driving ran off the road and struck a concrete overpass," Virginia State Police spokesman Sgt. Steve Vick said. "A tractor trailer was traveling north on Interstate 95 when it ran off the road to the left and struck a concrete support catching fire. The driver of the tractor trailer and a passenger died at the scene."

The victims' names have not yet been released. 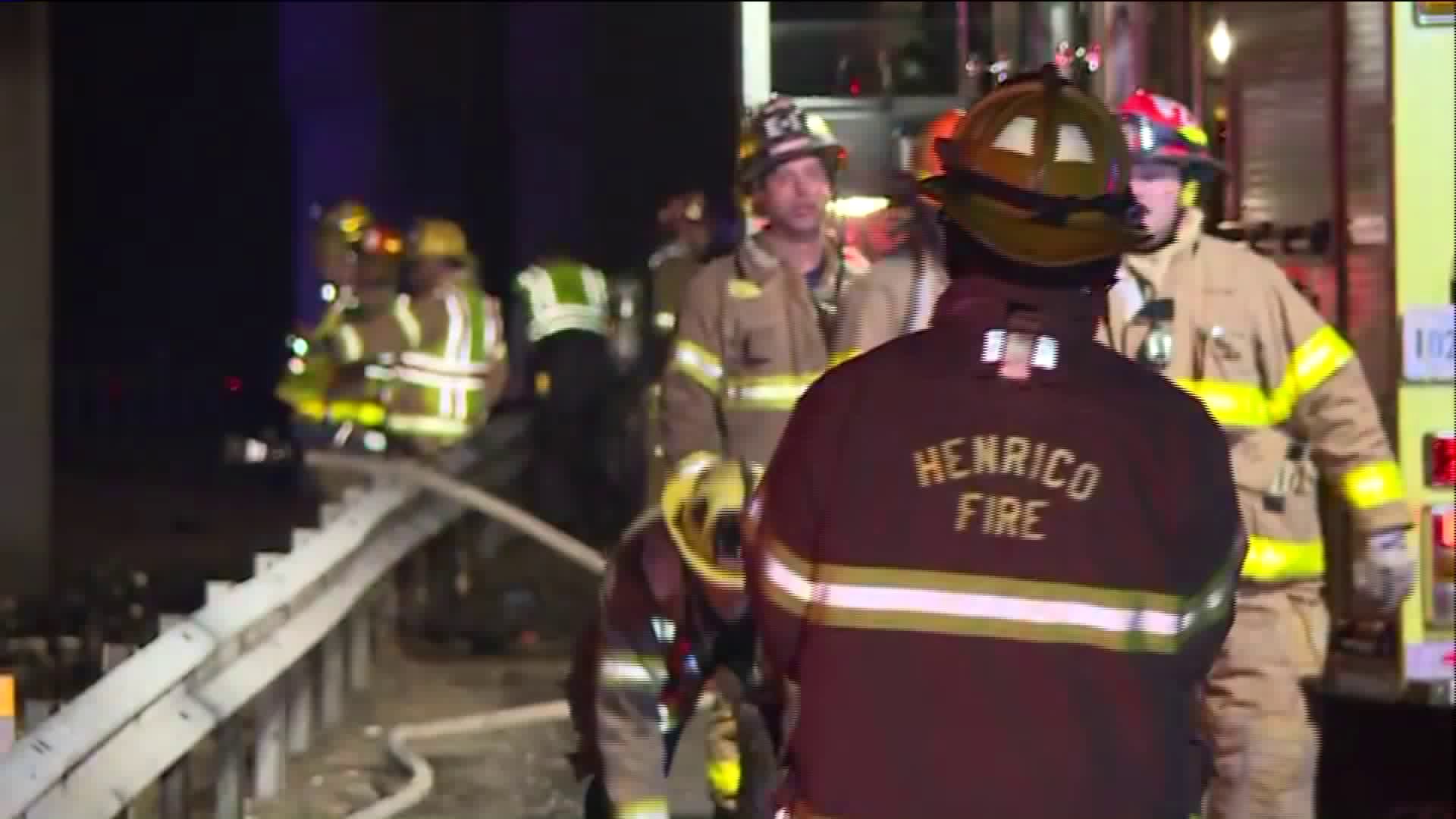 Bricks the truck was hauling spilled onto the interstate.

All lanes reopen and traffic had cleared up by early Wednesday afternoon.