RICHMOND, Va. -- A system will pass through Virginia from late Sunday into the first half of Monday. Temperatures will stay well above freezing through Sunday evening.

Scattered light precipitation will track through central and eastern Virginia Sunday evening into Sunday night. Much of the precipitation will be in the form of rain showers, but some sleet pellets or wet flakes will mix in before midnight.

Colder air will move in overnight, causing the precipitation to mix with and then change to some snow showers through early Monday morning.  Some energy with the system will produce a better chance of snow showers between about 2 a.m. and 8 a.m. Monday.

There isn't a ton of moisture for this system to work with, but there may be enough to cause some very light accumulations. 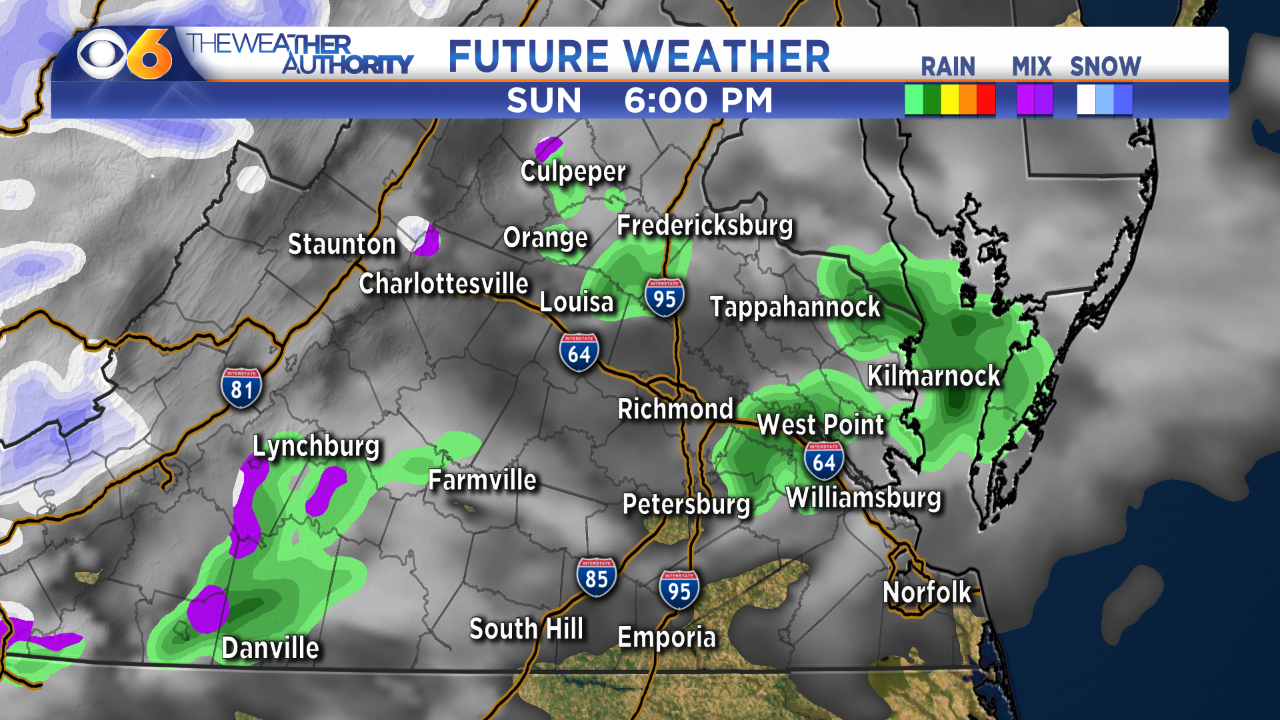 Temperatures may not drop to or below freezing until almost daybreak.  Any snow that falls will have to bring down the ground temperatures for some accumulation to occur.

Looking at various computer models together, there is the potential for a coating in the metro and a coating to a half-inch near and north of I-64.  Northern Virginia may see up to an inch of accumulation.  The majority of this would be on grassy surfaces, but it may get cold enough for a few slick spots on untreated surfaces.  These amounts are the high-end potential if the system can organize enough and the ground gets cold.

The system will exit during the afternoon with clouds breaking for some sunshine.  Afternoon highs will be in the upper 30s and lower 40s.  Highs on Tuesday and Wednesday will reach the 50s.