4 displaced after fire breaks out in Henrico home

HENRICO COUNTY, Va. — Four people have been displaced after a fire at a home in eastern Henrico Saturday afternoon.

Fire crews were called to a home in the 1700 block of Debbie Lane, near the intersection of Mechanicsville Turnpike and Laburnum Avenue, at 5:30 p.m.

“Personnel arrived in less than five minutes from dispatch, and quickly made entry, allowing them to have the fire controlled within eight minutes of dispatch,” Henrico Fire Capt. Taylor Goodman said. “Searches revealed that everyone had safely escaped.”

Goodman said a bedroom and adjoining closest suffered heavy damage, but that damage to the rest of the home was minimized because someone inside closed the bedroom door.

Goodman said a smoke alarm alerted the adult and two children to the fire.

“Working smoke alarms in the home reduces the chance of death in a house fire by 50% according to the National Fire Protection Association,” Goodman wrote. “Henrico citizens who cannot otherwise afford a smoke detector can have one installed free of charge by the fire department.”

The Red Cross is assisting the two adults and two children who live at the home.

The Fire Marshal’s Office is investigating what sparked the fire. 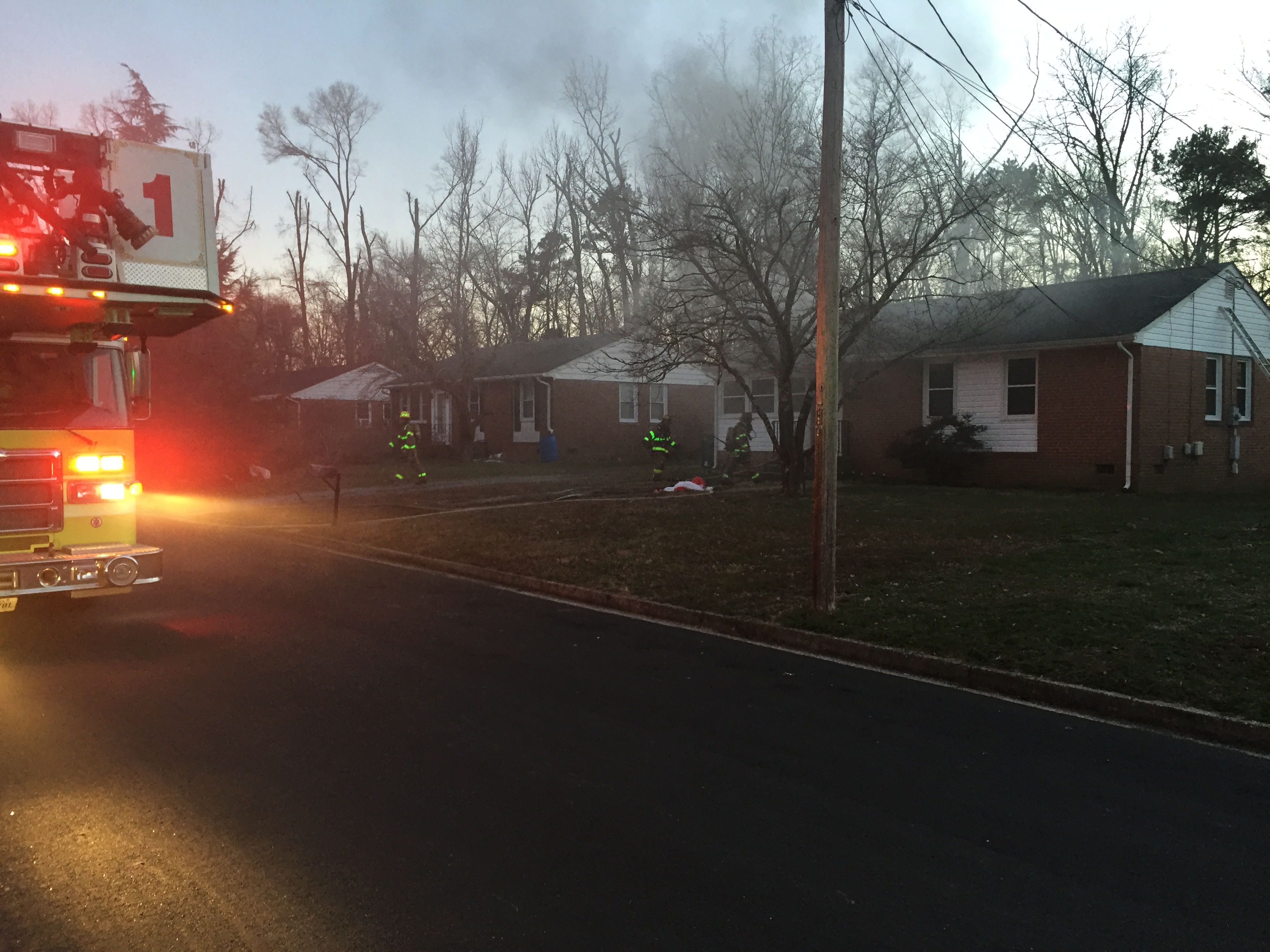