Firefighters were called to the home on Yeadon Road, near Mechanicsville Turnpike and Harvie Road, at about 12:20 p.m.

“The first units arrived in six minutes and found smoke and fire showing from several windows of a rancher-style home. A portion of the yard was also on fire,” Henrico Fire Capt. Taylor Goodman said. “Firefighters immediately began to search the home for potential victims, while at the same time deploying hose lines to combat the flames. It was determined that no one was in the house, and the firefighters were able to quickly control the fire. No injuries were reported to the occupants or the fire personnel.”

The cause of the fire remains under investigation. The Red Cross is providing aid to the seven fire victims. 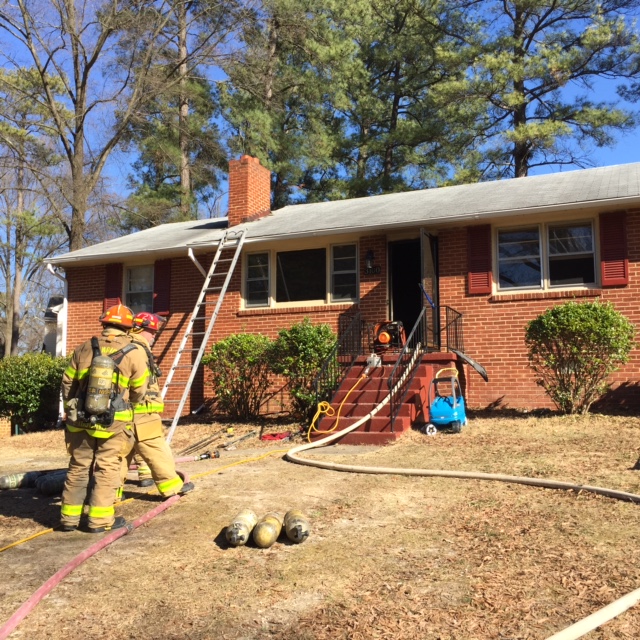