Man arrested for shooting into occupied vehicle in Chesterfield

CHESTERFIELD COUNTY, Va. — A Chesterfield man has been arrested after police say he shot into an occupied vehicle at a Chesterfield apartment complex early Tuesday morning.

Police say at approximately 3:30 a.m. they responded to a report of a shooting into an occupied vehicle at Chesterfield Village Apartments, in the 7500 block of Belasco Drive.

Officers say a victim reported that a suspicious vehicle had followed him from an area convenience store to the apartment complex. 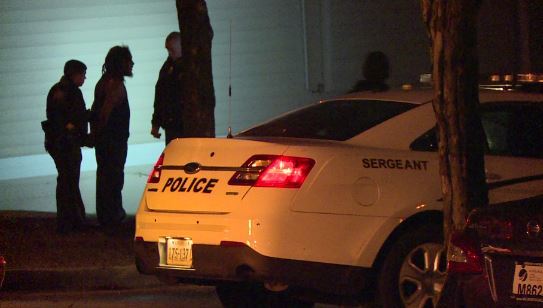 “When the victim attempted to leave the area in his vehicle, a suspect in the suspicious vehicle fired a shot at the victim’s vehicle,” a Chesterfield Police spokesperson said in a statement.

The victim was not injured and his vehicle was not stuck during the shooting.

When officers arrived to the scene they located the suspicious vehicle at nearby apartments.

The suspect, Sayvon A. Knight, 22, was located in a residence in the 7600 block of Belasco Drive.

Knight, who lives at the residence, was arrested and charged with shooting at an occupied vehicle, possession of a firearm by a convicted felon and removing a serial number from a firearm.

It doesn’t appear the victim and suspect knew each other, according to a Chesterfield Police spokesperson.