We will see off and on rain through Monday night

RICHMOND, Va. -- A series of storms will pass through our area between now and Tuesday morning.  The first will arrive Saturday evening into Saturday night.  Rain will spread in from the southwest and be steadiest close to the midnight hour.  The heavier rain will lift north of our area on Sunday, but scattered showers will remain through the day.  A few thunderstorms are possible in the afternoon and evening as a warm front reaches the North Carolina border.  These storms may produce gusty winds, especially south of Interstate 64. 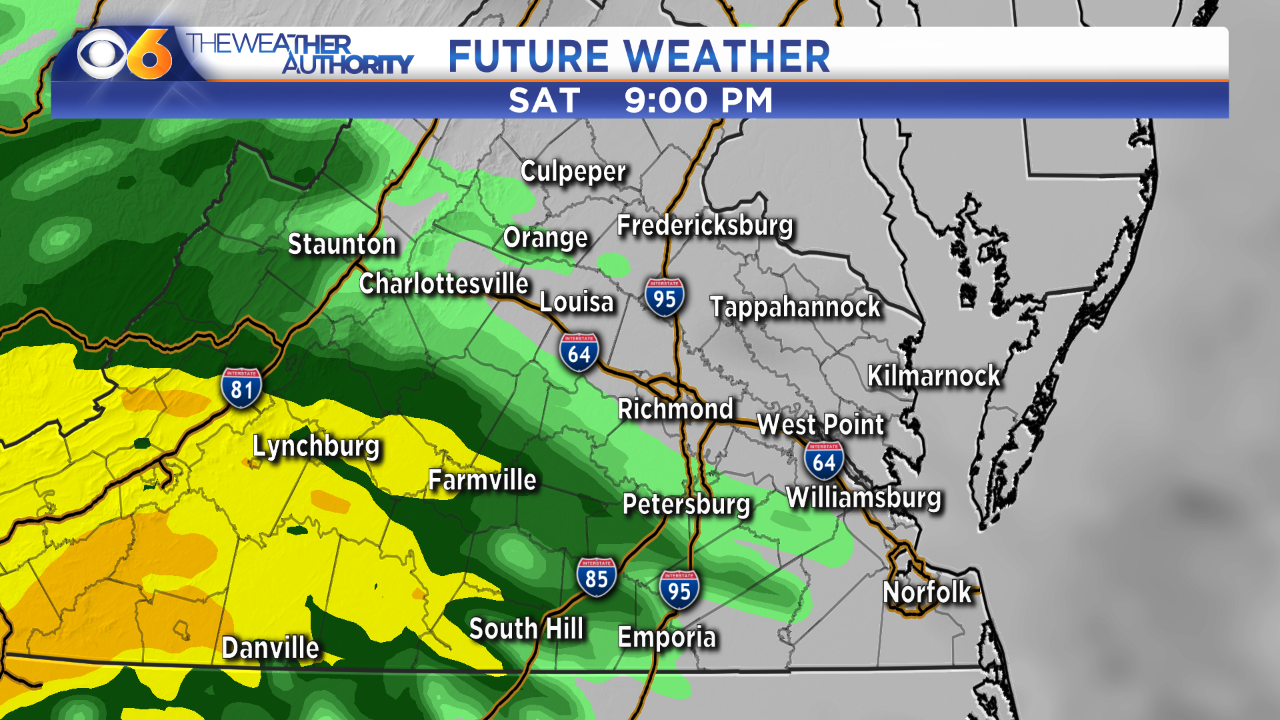 The next storm will move in Sunday night into Monday morning with another wave of heavy rain and some possible gusty thunderstorms.  As the storm moves over the Commonwealth, we may get into some dry hours during the day.  Colder air will wrap in behind the system in northwestern Virginia, and some snowflakes may occur in the highest elevations near or west of Interstate 81.

By the time all of these systems are done Tuesday morning, over one inch of rain will fall in some locations with localized higher amounts.  For Richmond, our computer models have ranged from about one-half inch to over three inches of rainfall.  The average of all of these models is a little over one inch.

We will dry out for Tuesday afternoon and Wednesday.  A cold front will pass Thursday with a shower, but it will tug in colder air behind it.  Temperatures will finally get back to normal levels.

The morning lows in Richmond will remain (mostly) quite mild into mid-week, but we should see a low around freezing Friday, and in the 20s Saturday morning.  This will end a stretch of over two weeks with temperatures above freezing.

It will stay seasonably cold next weekend and we may see a small shot of arctic air the following week to end January.  A colder trend will remain for the first part of February.