WASHINGTON — President Barack Obama’s stay at the White House doesn’t officially end until Friday, but he’s already getting a head start on moving into his new home.

Movers were spotted Tuesday afternoon pulling boxes out of an unmarked white truck at the site of the first family’s post-White House digs in Washington’s Kalorama neighborhood. 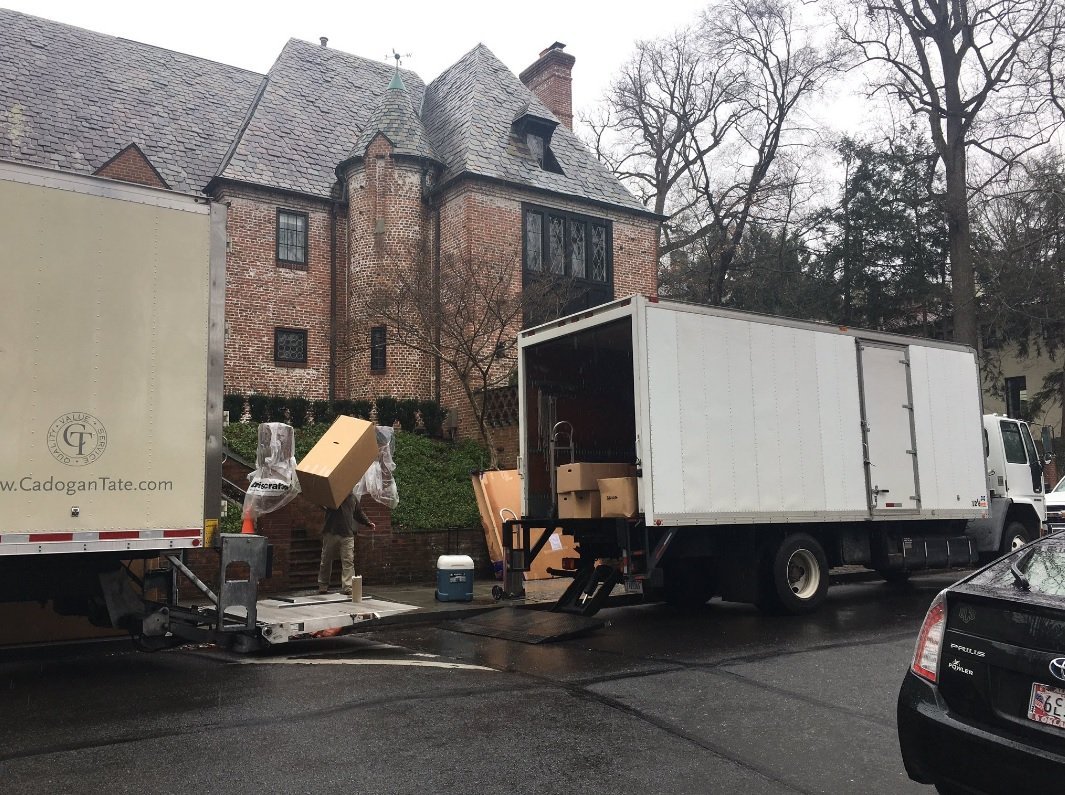 “School supplies,” “framed photos for the living room,” “dog supplies,” “his bathroom” and even “cleaning supplies, box 5,” were some of the labels visible on the boxes.

Three sets of golf clubs were carried into the Tudor home, as well as one large wardrobe rack filled with colorful dresses.

When one emptied truck pulled away, another took its place and the unloading continued.

The Obamas are leasing the 8,200-square-foot home, which was built in 1928 and has nine bedrooms.

Before they officially settle in, the future ex-President is headed for some R&R. He will take his final flight aboard the plane that is currently Air Force One to Palm Springs, California, White House Press Secretary Josh Earnest said Tuesday.