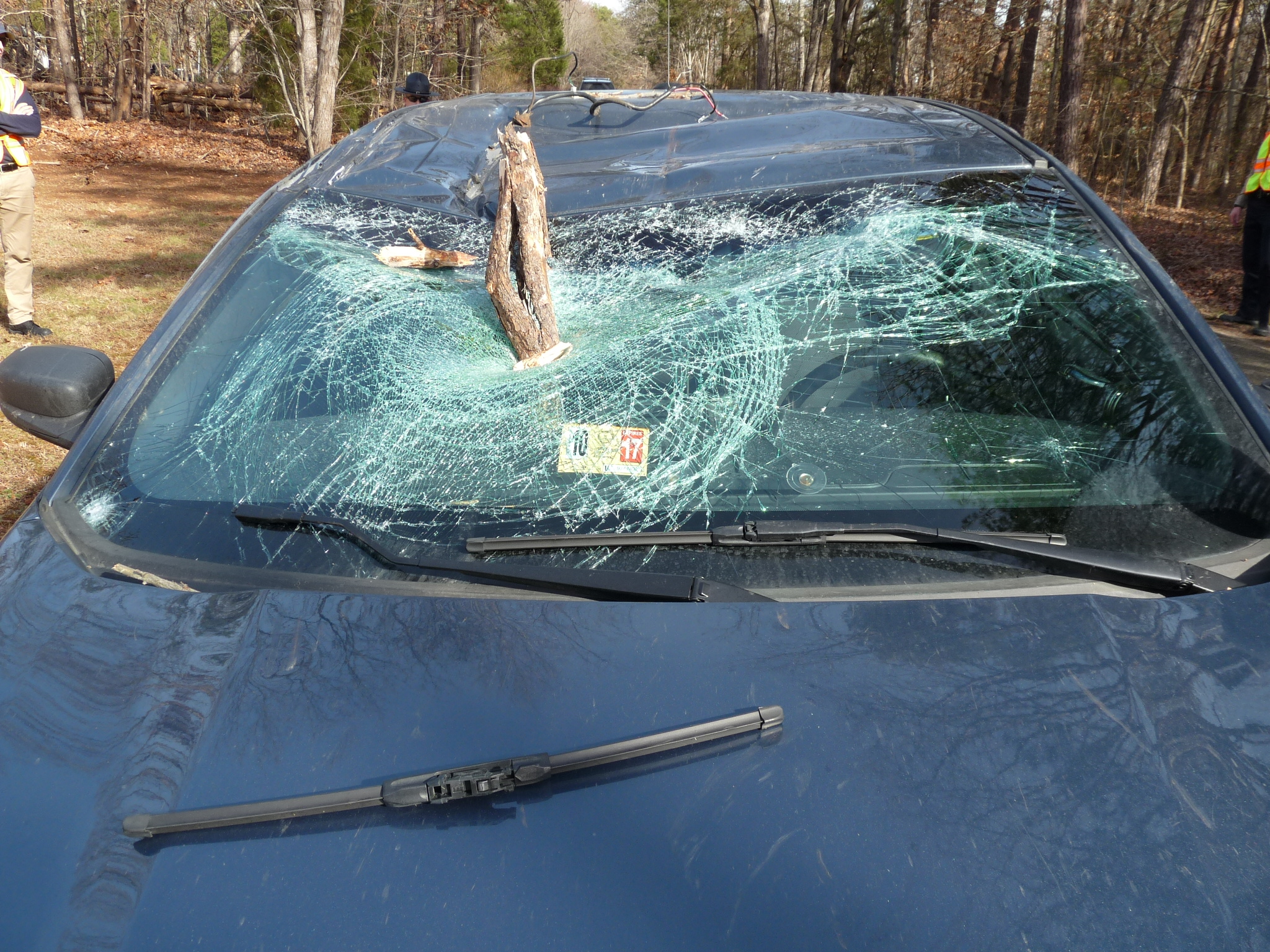 GOOCHLAND COUNTY, Va. — A Goochland Sheriff’s Deputy was treated and released from the hospital after a tree fell and impaled his cruiser on Shannon Hill Road, near Community House Road, in western Goochland on Thursday morning.

“[He] was injured late this morning when high winds toppled a pine tree onto the patrol car in which he was riding,” Sheriff Agnew said. “Tree branches punctured the windshield of the vehicle.”

Photos showed one of the branches lodged in the dash of passenger side of the patrol car.

“A second branch also penetrated the windshield narrowly missing Beatley,” Sheriff Agnew said. “The roof of the car was crushed due to the weight of the tree and impacted Beatley’s head causing his injury.”