RICHMOND, Va. – Henrico Fire has released a detailed report about the fire that torched more than a dozen boats at the Richmond Yacht Basin on December 9.

The early morning fire triggered a massive response from firefighters in Henrico, Chesterfield, and James City Counties. A total of 68 personnel members were on the scene to put out the fire and for emergency medical service, according to the report released Wednesday.

The report doesn’t pinpoint the cause of the fire, but it does go into detail about the dangerous conditions that firefighters encountered when they arrived on scene, and what they did to keep it from spreading to a nearby fuel storage area. 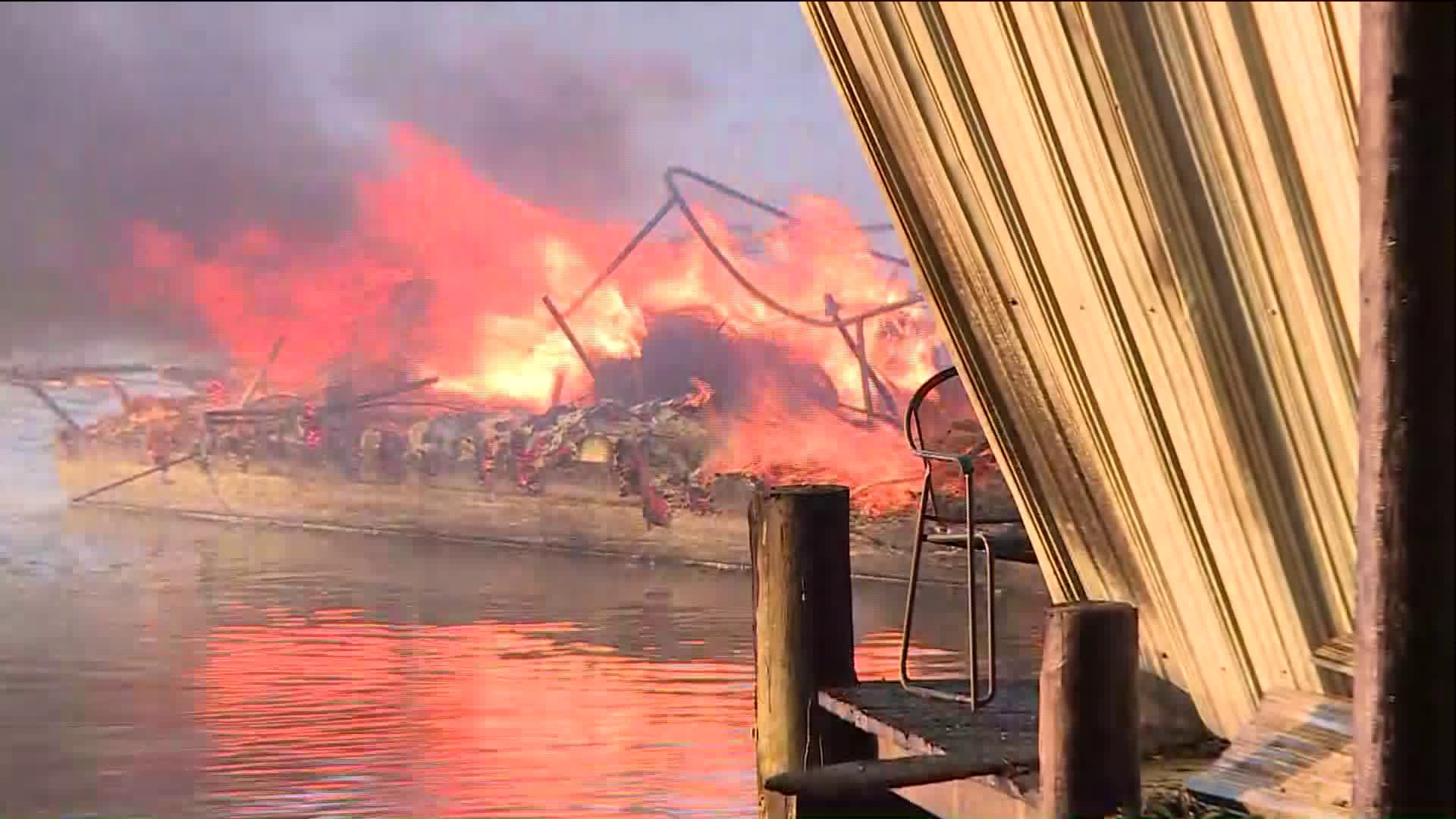 “Upon arrival, we found the western-most section/shelter of the marina heavily involved in fire with thick black smoke present. This accounted for 1 of 4 covered areas of the marina.”

“The involved section has a considerable amount of fire impinging on the roof structure and appeared to be unstable. The decision was made to attack the fire from a point of relative safety that has a clear means of egress should the conditions change,” the report continued.

The report also mentioned how crews rescued someone from a sailboat before the fire could spread to it.

There was only one minor injury during the fire.

The investigation into the fire continues.

View this document on Scribd
37.540725 -77.436048
Copyright 2023 Scripps Media, Inc. All rights reserved. This material may not be published, broadcast, rewritten, or redistributed.