HOPEWELL, Va. -- Steven Burke lost his home to fire, but the single father's American flag is helping to keep his spirit alive.

The flag was left to Burke by his father -- a World War II veteran -- after he died.

It was the only thing Burke could salvage from his Hopewell home after it caught fire in August.

“The fireman came out and had dad’s flag from when he got buried.... and I lost it then,” Burke said.

Burke spent his life's savings to pay off the house where he raised his three children.

He said he was thankful his family and four grandchildren were able to escape the home unharmed, but in the midst of an unfortunate lapse in insurance, he knew he lost everything.

"First thing I thought, I immediately knew, my insurance had lapsed. I knew I’d lost everything," Burke said with tears rolling down his eyes. “I just knew everybody was okay then I was happy, but knew I had lost everything.”

“He had just recently paid off his house and owed no money on it and that now he had nothing everything was gone... it was very devastating,” Steven's daughter Tabitha said.

Burke spent Christmas in a hotel room alone. He said it was just too painful because his home is where they celebrated.

He says next year he hopes to all be under one roof in his new home with his father’s flag on display.

“That flag definitely is going to be on my fireplace mantel or whatever I got it’s going to be out front. It’s a chance for a new beginning and have something to watch over us,” Burke said.

"The flag is a huge thing. It’s letting us know to be strong, it’s going to be okay," Tabitha said. "I'm really looking forward to the new year. I hope that my dad can finally rebuild his house and get his life back and having everybody back together like we used to be."

A GoFundMe account has raised more than $20,000 to help Burke during this difficult time.

The family was able to start demolition with part of the funds. Burke hopes to raise enough money for a down payment to start construction. He is in the process of securing a loan.

Burke said the August fire started from a battery in a golf cart that was being stored in his garage. 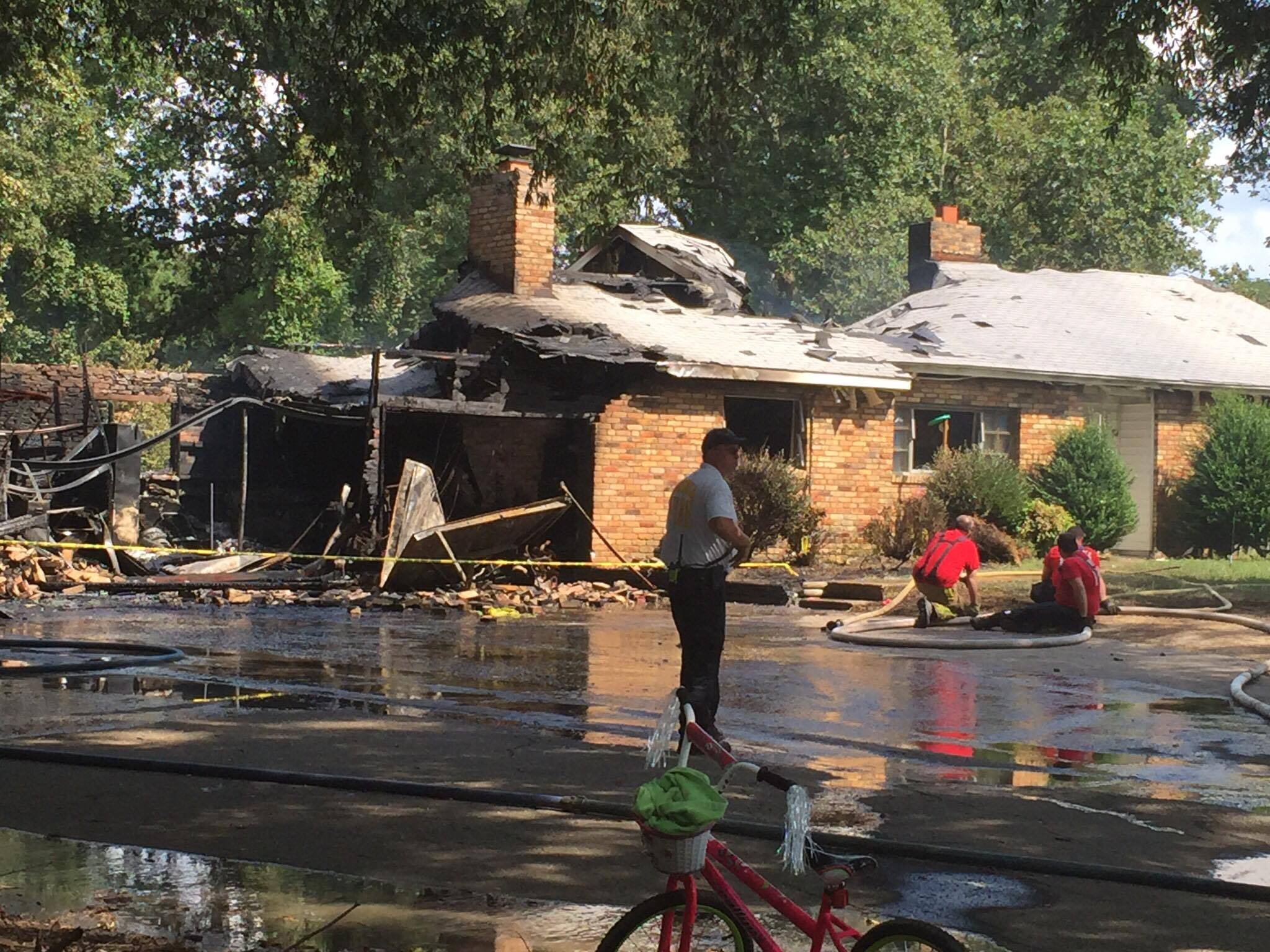