Mr. Christmas is the final Let it Glow contest winner

HENRICO COUNTY, Va. -- Do you have the best Christmas lights in town? One Henrico man thought so. Nikki-Dee Ray and CBS 6 paid him a visit days after Christmas.

The final winner of this year's CBS 6 Let it Glow contest is Frank Hudak Jr. also known as Mr. Christmas. His decorative light display is located in the 2300 block of Wistar Court in Henrico County.

“The Christmas House” is one of the most popular houses in the Central Virginia and has one of the longest traditions.

Mr. Christmas has been decorating his Wistar Court home for 43 years and was the original winner of the “Tacky Christmas Lights” contest. 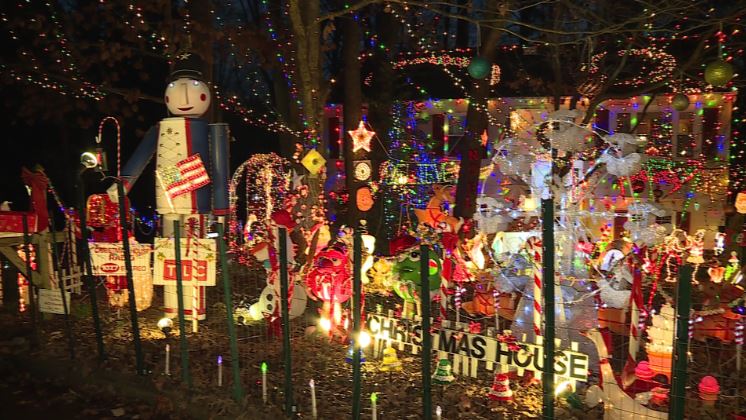 He has raised over 100,000 for the Virginia Home for the Boys and Girls over the last several years.

“I though many years ago, if I’m giving something to the community, maybe the community would want to give back. They do," he said. "Thus far, were at $110,500, not counting this year.

Mr. Christmas says every penny of that money has and will go directly to the children.

“I’m very happy about that,” he added.

Mr. Christmas says his lights will be up until the night of New Year’s Day.

Thank you for sharing your Let it Glow photos or videos submissions on the WTVR CBS 6 News Facebook page.