RICHMOND, Va. – This year has been filled with many exciting moments both on television and off. In fact, 2016 has been an unforgettable year for multiple members of the CBS 6 family.

Five members of the CBS 6 on air team have gotten engaged this year!

Kristen Luehrs’ boyfriend got down on one knee and asked for Kristen’s hand in marriage while the two were on a couple’s getaway in Charleston, South Carolina this August.

“I said ‘yes’ and then I had tears coming down my face,” Kristen said while telling her engagement story to Rob, Reba, and Nikki-Dee on CBS 6 This Morning. “My heart is full of happiness and joy. I feel like the luckiest girl in the world.” 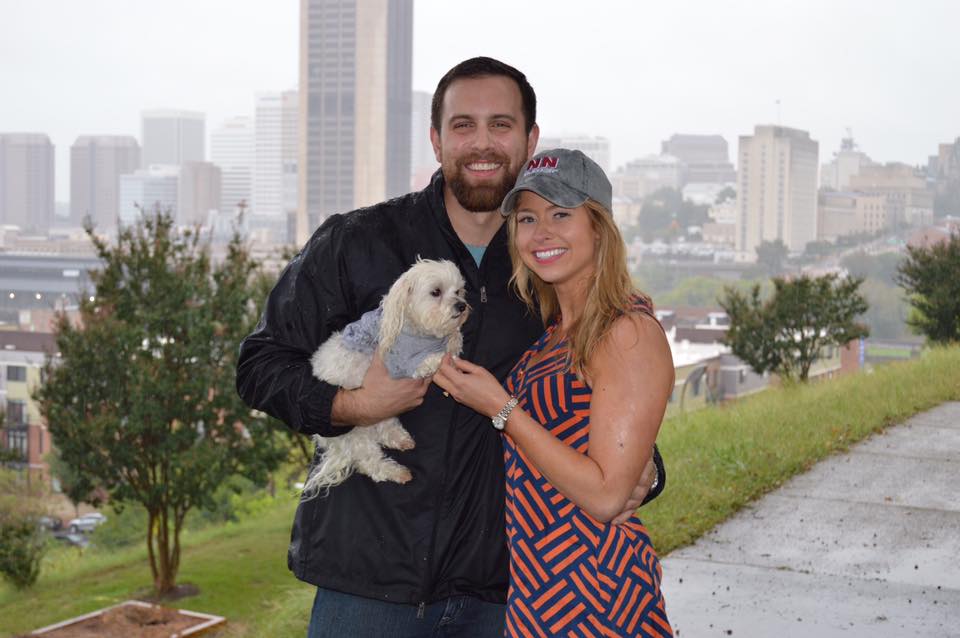 In October, Nikki-Dee Ray got engaged when her boyfriend, David, proposed to her in the rain in Church Hill.

As you can see, Louis was also there for the special moment.

“God’s plan is the best plan. Sometimes He will put us through horrid situations and we don’t understand why. Now I see clearly. From moving to Richmond, being welcomed by my WTVR CBS 6 News family, to meeting my best friend and love of my life, God has guided me through everything in the most amazing and powerful way!” Nikki-Dee posted on Facebook.

Sean Robertson popped the big question to his girlfriend, Stacey, on her birthday at the Chesapeake Bay this past July. She said, yes!!

Claudia Rupcich is the latest on member of the CBS 6 family to get engaged. Claudia’s boyfriend, Mitch, proposed on the beach in Spanish while in Florida for the Christmas holiday.

“Think I got the BEST Christmas present ever! I get to marry this amazing man! I’m so happy!” Claudia wrote on Facebook.

CBS 6 multimedia journalist Brennan Somers and his girlfriend Stephanie got engaged this September.

If this wasn’t enough, four other members of the CBS 6 family also got engaged this year.

CBS 6 photojournalist Dustin Kelley and his girlfriend Kara got engaged in North Carolina this summer.

CBS 6 Assistant Production Manager/director Brandon Agee and his girlfriend Sarah got engaged this summer on the same day they bought a new home.

Congratulations to all the happy couples! Here’s to 2017 and another year filled with happiness.