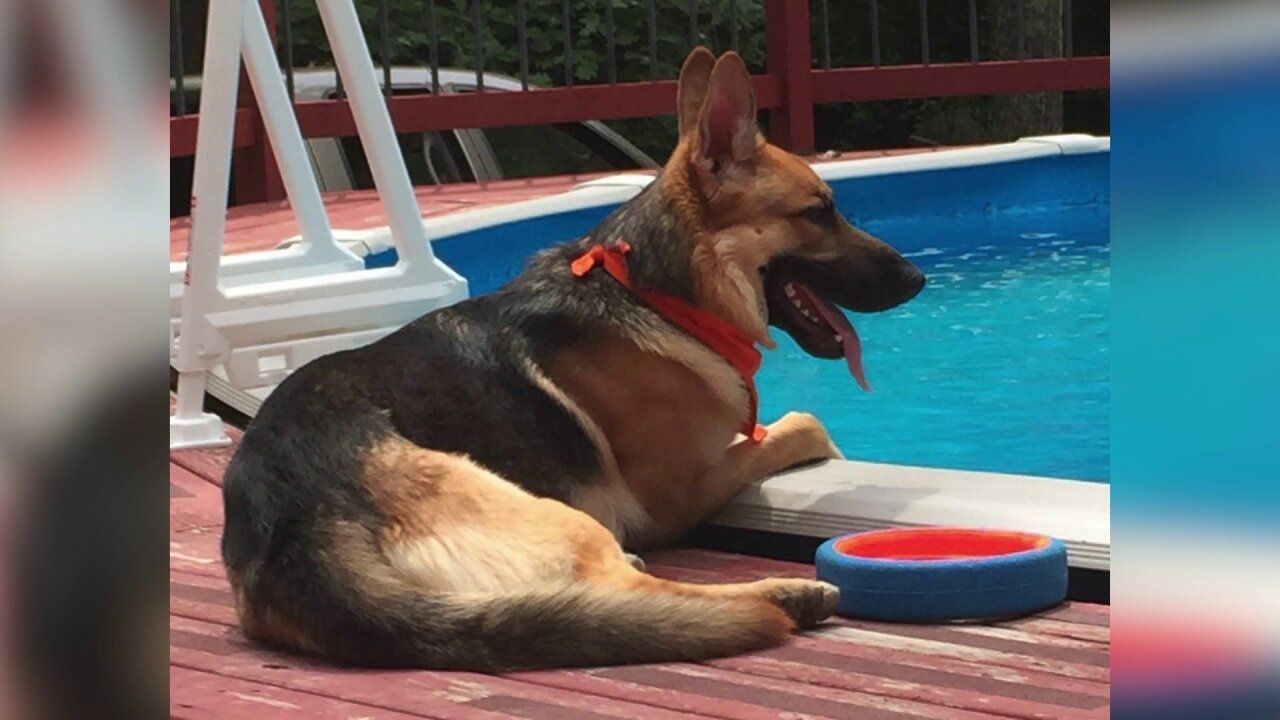 CHESTERFIELD COUNTY, Va. -- A Chesterfield family displaced by fire credited one of their dogs for saving their lives.

Just after midnight Monday, two adults and four children fled their home when their roof and chimney caught on fire in Midlothian. Crews responded to the 1600 block of Old Hundred Road, where they found the area around the chimney on fire.

Unlike most Sunday nights, Jim Ludwig and his wife were up late watching football when their dog Zeus alerted them something was wrong.

“Our three year old German Shepherd started growling and barking out the back window,” said fire victim Jim Ludwig. “My wife looked outside and she said she could hear something was going on in the yard and there was a lot of light outside,” added Ludwig. “When I stepped out on the back porch I could see the chimney was completely on fire fire was extending up the side of the house and up the roof line,” said Ludwig.

Zeus detected the fire before the family ever smelled smoke.

The family’s 15 year old son and 17, 16, and 10 year old daughters were asleep on the second floor where the fire had started to spread.

The fire had actually extended into the attic and over top of their bedroom and there was very little indication in the house that it was going on,” said Ludwig. “At three in the morning when we got in there it really came into perspective that there was a hole in their roof and the framing in their bedroom had burned away while they were asleep,” added Ludwig.

The couple quickly got the kids up and out of the house before the fire spread further.

“In a matter of a minute or two we had fire extending across the entire end of the house and across the roof,” said Ludwig.

The Ludwigs credit Zeus for saving their lives.

“Everything in the house is just things. I’m glad that my family is okay. Christmas is Christmas because I have kids,” added Ludwig.

Officials urge homeowners to get their chimney cleaned and inspected at least once a year. The Ludwigs, who were renting the home, said their fireplace was swept in the last year.

A Go Fund Me has been set up to help the family who is in need of a place to stay, and somewhere to keep their two German Shepherds "Zeus" and "Hero."