HENRICO COUNTY, Va. -- No injuries have been reported in a large fire at the Richmond Yacht Basin on Hoke Brady Road in eastern Henrico.

Firefighters in Henrico and Chesterfield responded to the fire which has damaged 12 to 15 boats and a boat shed, Henrico Fire spokesman Capt. Taylor Goodman said.

Firefighters said a man called 911 saying his boat was on fire at 7 a.m. The fire spread and triggered a massive response, with dozens of men working to extinguish the flames.

Mark Amrhein watched his home away from home -- a 1947 Matthews – burn in the fire Friday morning.

“It definitely started down there because the roof just fell in,” Amrhein said.

“I took it out for Mother's Day. He was too sick to go,” Amrhein remembered.

"I'm just at a total loss,” Oakley said. “We were planning to take it to the Keys to Florida next year, but that's not going to happen." 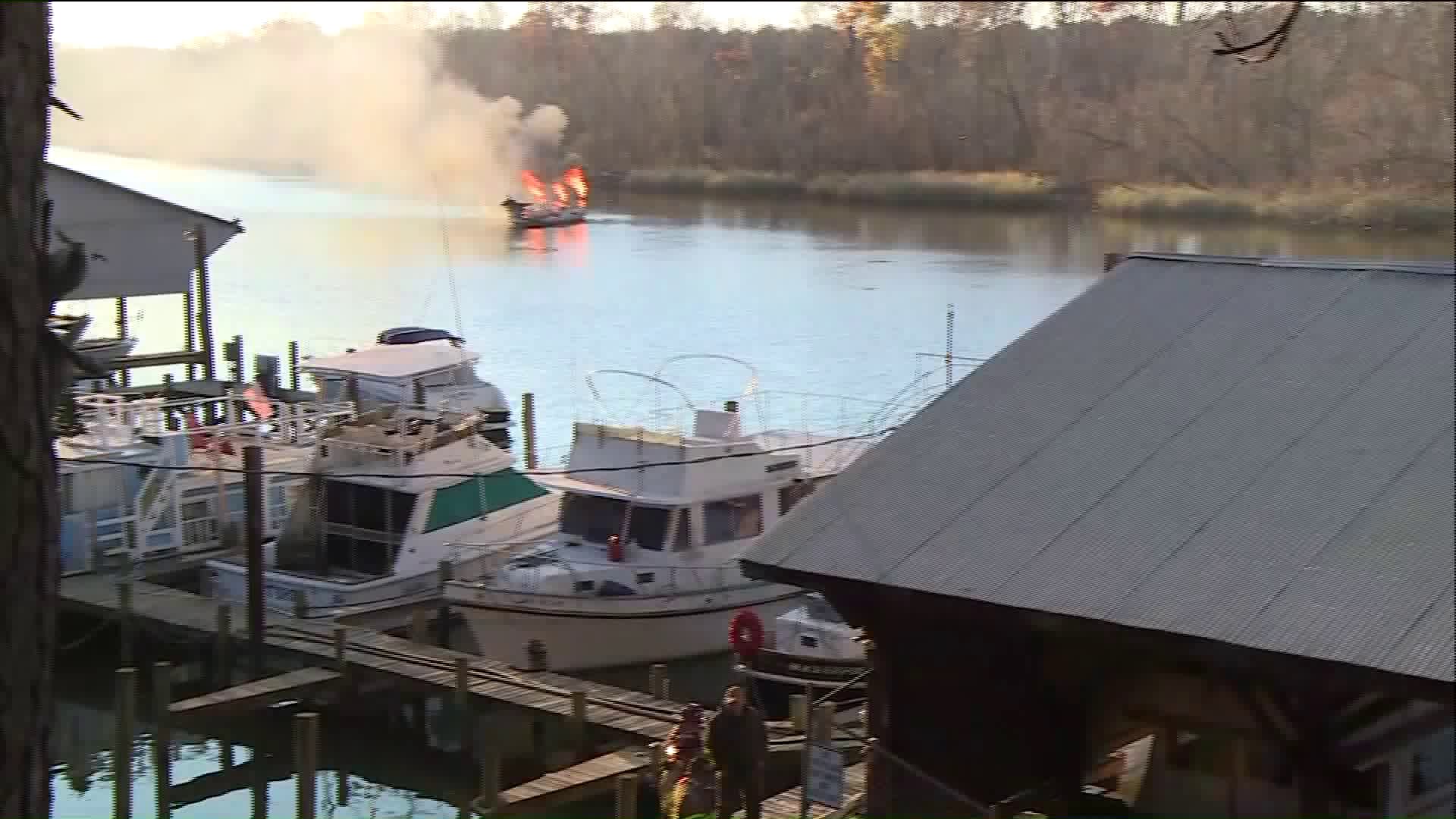 Some of the burning boats stayed moored, while others floated down stream.

Firefighters continued to working to bring the fire under control as of 9 a.m.

That investigation could last several days, according to Goodman. He said it was too early to determine whether the fire was arson or an accident.

The boat operated by the Henrico Fire Department was one of the boat moored at the shed. It suffered extensive damage in the fire, Goodman said.