RICHMOND, Va. -- The VCU Rams 81-70 win over Princeton Tuesday night was not the only thing basketball fans had to cheer about at the Siegel Center.

During a performance by the VCU Gold Rush Dancers, a dancer named Alexa got the surprise of her life when her boyfriend Spencer emerged from the sideline to ask for her hand in marriage.

Spencer, who is in the United States Air Force and stationed overseas, worked with Alexa's teammates to help keep the entire operation a surprise. He contacted the Gold Rush coach about his idea more than two months ago.

Together they planned a remix of the halftime routine without Alexa knowing what was up. The Dance Team practiced, without Alexa, the night before. 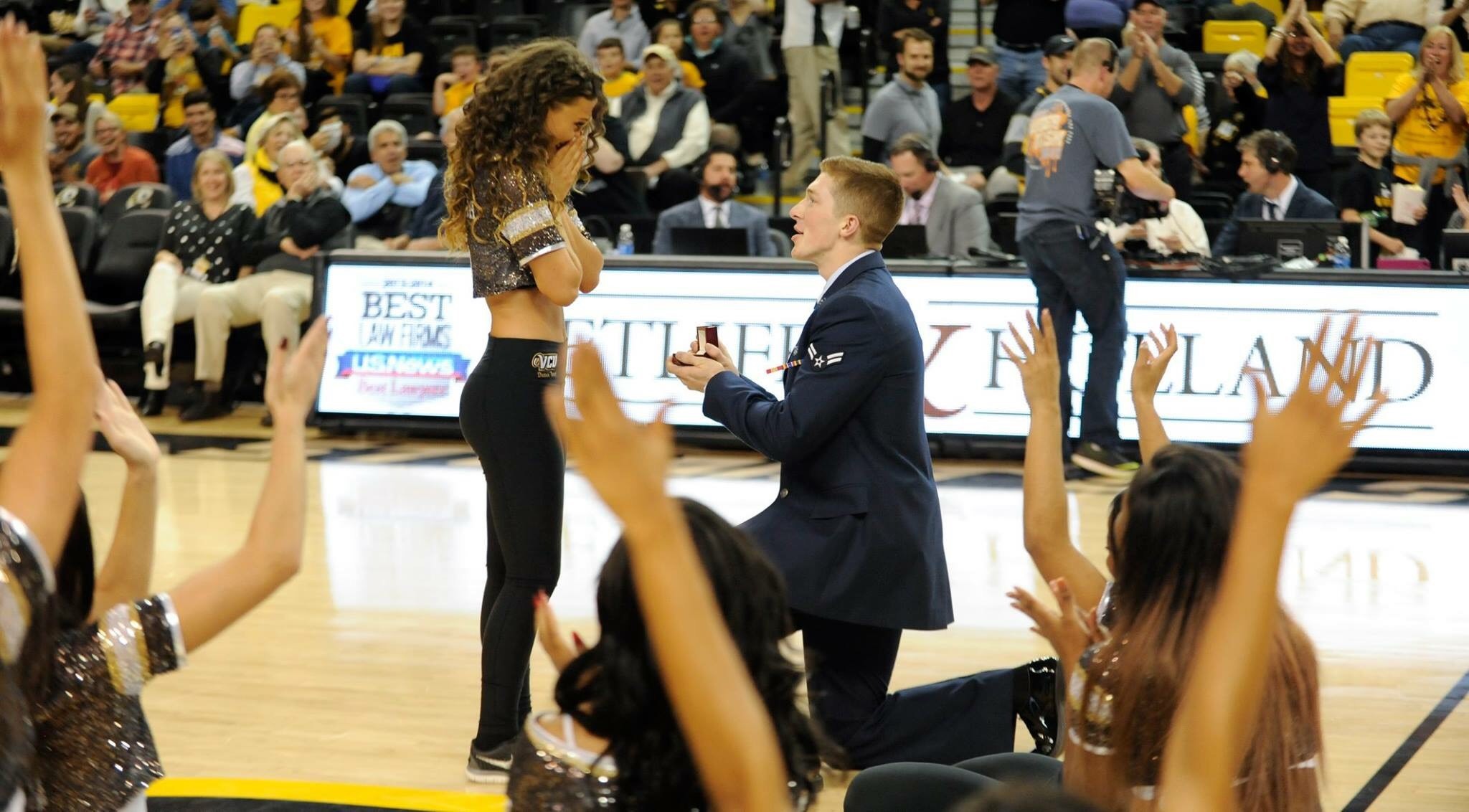 In the middle of the routine, the music switched to one of Alexa's favorite tunes -- Eric Clapton's "Wonderful Tonight."

That is when Spencer walked out onto the court to propose.

A fitting spot for the proposal since the couple first met at a VCU basketball game last December.

Watch the full proposal below.