Hop on a bike and make new friends during Breakaway RVA

RICHMOND, Va. — In pro cycling, the “breakaway,” or “break” is about a small group of riders seeking to separate themselves from the crowd to gain a competitive edge.

One of Richmond’s newest events, Breakaway RVA is about something very different.

Organizers have created an afternoon break for a large group of cyclists seeking togetherness and (mostly) low-key fun.

Launched in May, Breakaway RVA is a monthly group bike ride drawing upwards of 100 cyclists for a casual loop of the city.

Riders select from five or six departure points, then ride en masse on four-to-eight-mile routes to one collective mid-point and one final destination.

Along the way, riders meet new people, see the city in a new way, get some exercise, promote urban biking, and ready themselves for a surprise. 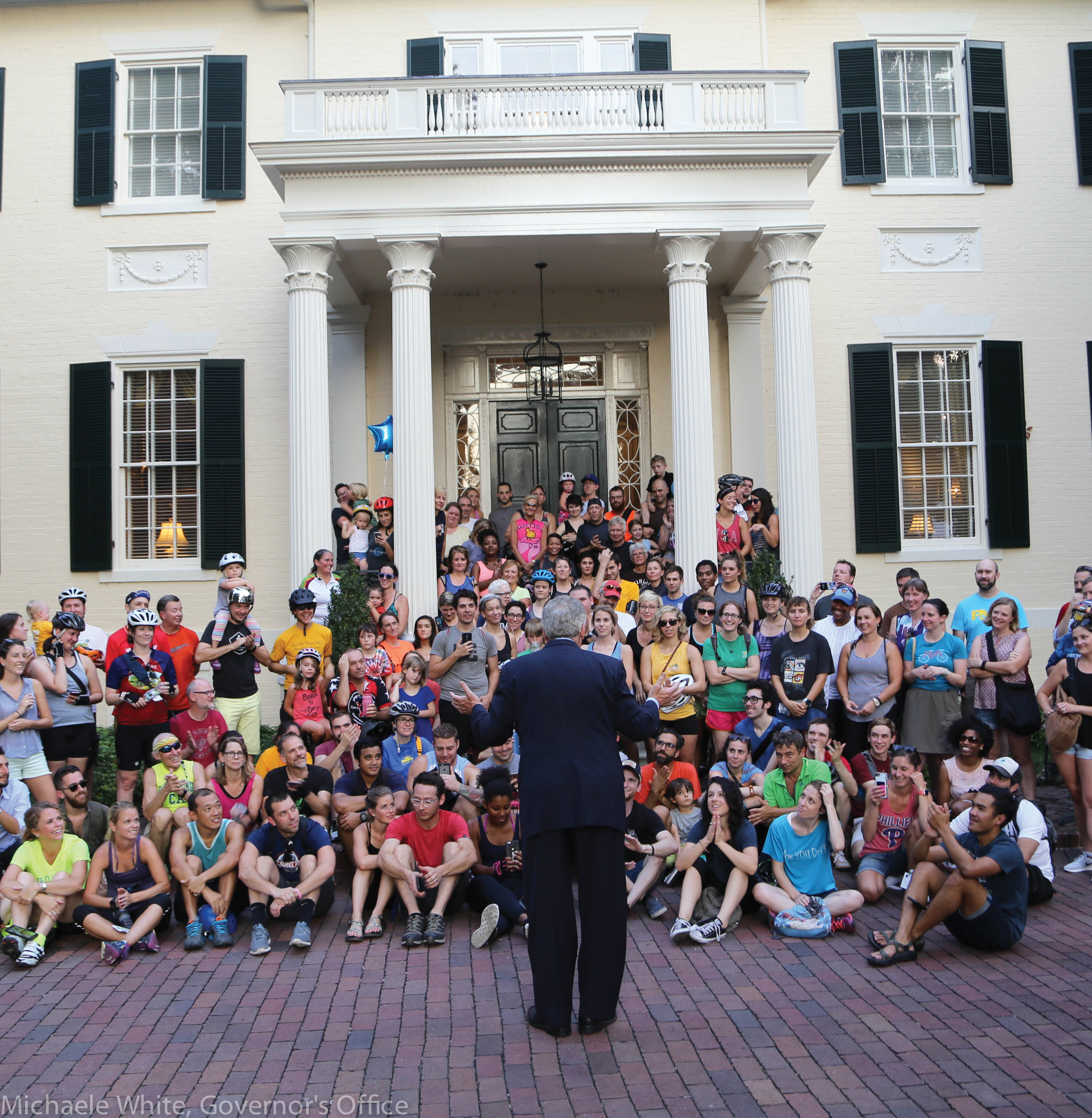 Its first ride attracted just 13 riders, but now jams Denver streets with thousands of enthusiastic cyclists every week of the summer.

There are also similar social rides in Los Angeles, Portland, San Jose, Seattle, Detroit, and many other cities around the globe.

“Breakaway formed from just a few friends who brought in their friends, and, before you knew it, we were all friends,” Sydney Lester said.

In August, anticipation peaked as the peloton neared the gates of the Governor’s Mansion.

At each event though, it’s about the destination and the journey.

“Our routes create an opportunity for riders to explore Richmond’s neighborhoods, history, architecture, and people,” team member Tangee Moore said. “Our destinations are atmospheres that create the perfect space to eat, drink, and socialize.”

Breakaway thus captures what is best about Richmond: our beautiful city and our sense of community.

On a recent ride, I loved the surprise of seeing friends at my chosen start point (VMFA), the joy of a long conversation with someone I just met while we wheeled the city, the looks on faces in restaurants and stores as all 40 of us rode by, and the total rush at seeing numerous old and new friends pouring into Jefferson Park from all directions. It was like any other great party, except everyone rode their bike there.

As with the hordes of folks who ride every month, the awesome people who organize the event are a motley crew.

The group’s overall mission is to “build community through biking and build biking through community.”

“Ultimately, we hope riders will find how fun and easy biking in Richmond can and should be,” team member Josh Son said.

The pre-planned routes, amazing energy, and emphasis on fun and safety inspire and enable participants to branch out on their own.

On the wheels of the electric UCI World Championships in 2015, Breakaway—and the sheer visibility of the crowd on ride days—also educates the community that cycling is fast becoming a stalwart of our city. While there are no more rides scheduled for 2016, the Breakaway RVA team is actively making plans for more rides in 2017.

This story was written by Ted Elmore. Photos by Trevor Dickerson and courtesy of Governor McAuliffe’s Office. It was originally published in Richmond GRID magazine and republished here with permission.