While plenty of Americans gathered Thursday for a Thanksgiving that meant family and football, hundreds of protesters gathered in several sites to rally against the Dakota Access Pipeline.

Some demonstrators said Thanksgiving was not a day to celebrate.

“To many people Thanksgiving is a holiday for being thankful but, for many natives, especially me being a Mohegan. … it’s really a day of pain for a lot of natives. But we’re here to pray,” James Smith told CNN affiliate KXMB during a demonstration in Mandan, North Dakota.

Police said about 170 protesters blocked an intersection in the town for several hours before dispersing.

Two people were arrested, one of whom would be charged with felony reckless endangerment, police said.

“I do think this (protest) is effective. On the street, in an area that brings attention,” said Shawn Greene, who traveled more than 800 miles from Chicago. 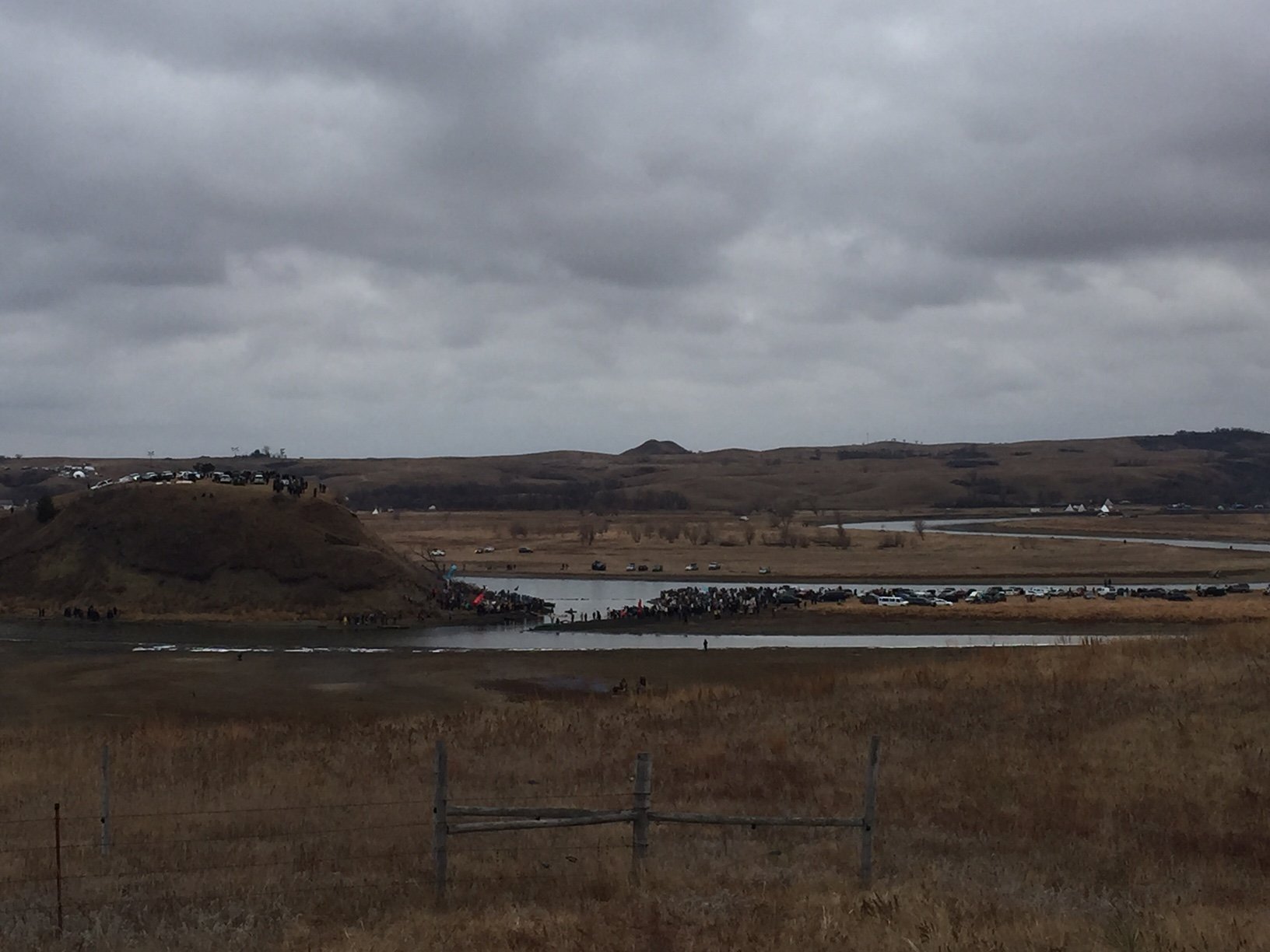 There also were protests in Portland, Oregon, and at two locations in Morton County, North Dakota.

Rain in Portland didn’t prevent about 350 people from their planned rally.

“The idea of celebrating Thanksgiving while people are getting shot with water cannons and rubber bullets for trying to protect their water makes us really sad,” Brady Bennon told The Oregonian. “We wanted to make our voices heard in support of the Sioux tribe and in opposition to the pipeline.”

The Standing Rock Sioux Tribe in North Dakota believes the pipeline would affect its supply of drinking water and place downstream communities at risk of contamination from potential oil spills. Their tribal lands are near the project’s path.

The proposed Dakota Access Pipeline, which is set to cost $3.7 billion, would start in North Dakota, stretch across parts of South Dakota and Iowa, and end in southern Illinois. If completed, the pipeline would allow crude oil to be transported to oil refineries along the Eastern Seaboard. Construction has stalled as the Army Corps of Engineers engages in talks with Native American leaders.

At one, protesters built a small wooden bridge across a creek to a place where burial sites are located. Police stood in a line across a Turtle Hill during the afternoon until protesters left. There were no arrests.

The other protest was at Backwater Bridge, where one demonstrator was seriously injured Sunday and nearly lost an arm. On Thursday, about 150 to 200 protesters gathered and a tractor-trailer backed into the bridge, police said. The day’s events were peaceful.

Actress and activist Jane Fonda came to support the demonstrators and to share dinner at the Standing Rock High School gymnasium.