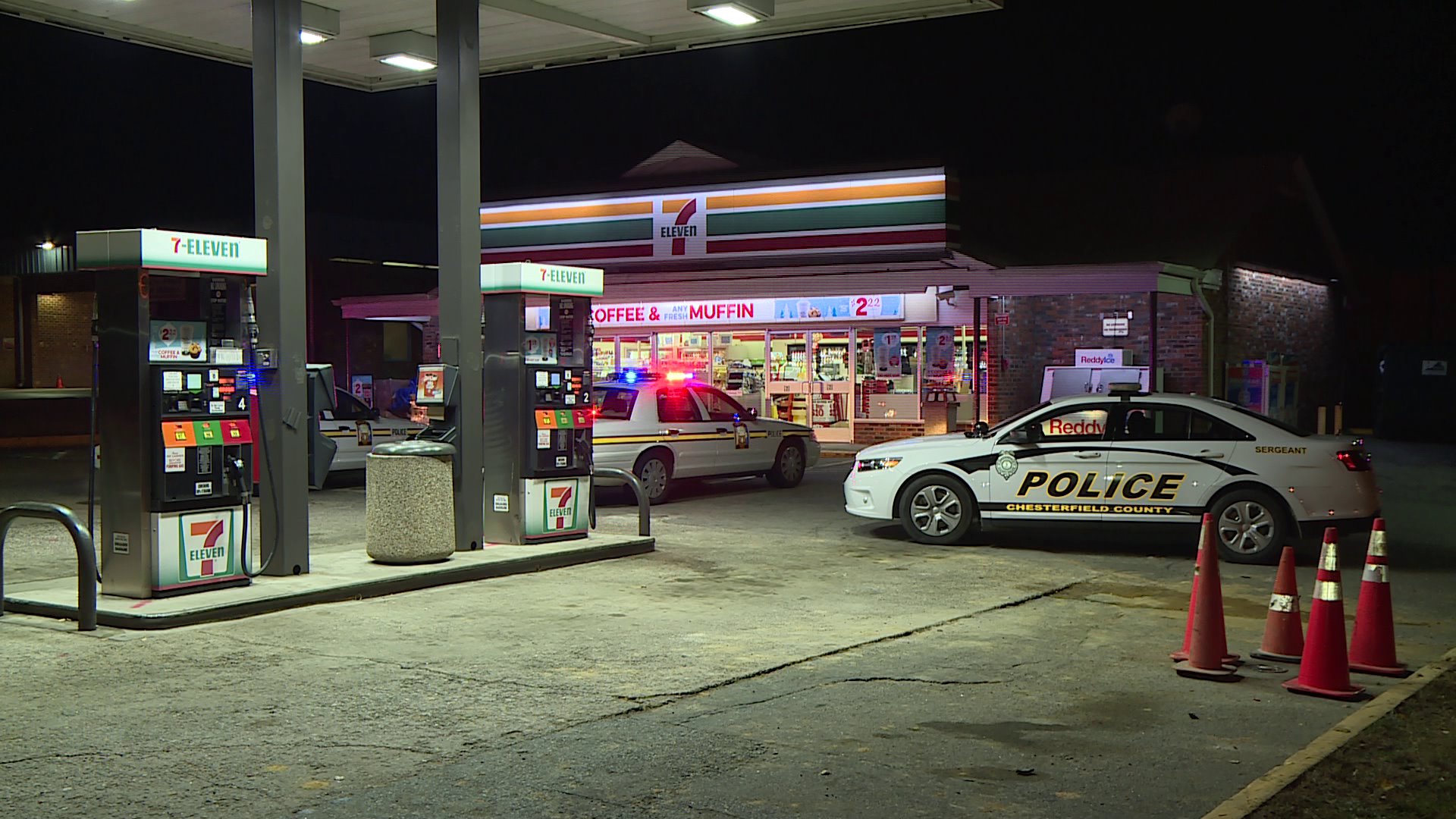 CHESTERFIELD COUNTY, Va. — The man who robbed a 7-Eleven on Jefferson Davis Highway early Wednesday morning is wanted for several area 7-Eleven robberies, according to a Chesterfield Police Watch Commander.

The robber, described as a 5’6″ black male, struck at 2 a.m. Wednesday at the store along the 9700 block of Jefferson Davis Highway.

“[He] entered the store, approached employees, displayed a firearm, and demanded money,” a Chesterfield Police spokesperson said. “The suspect took money that belonged to the store.”

No one was hurt in the robbery.