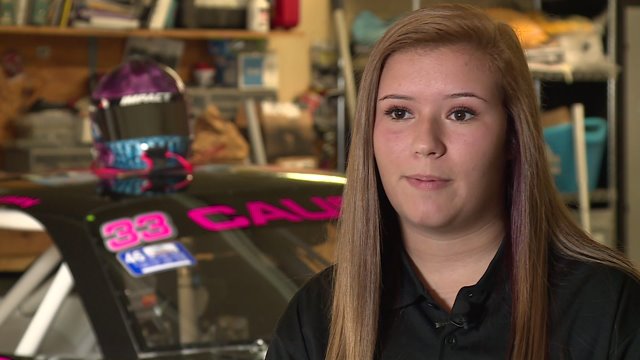 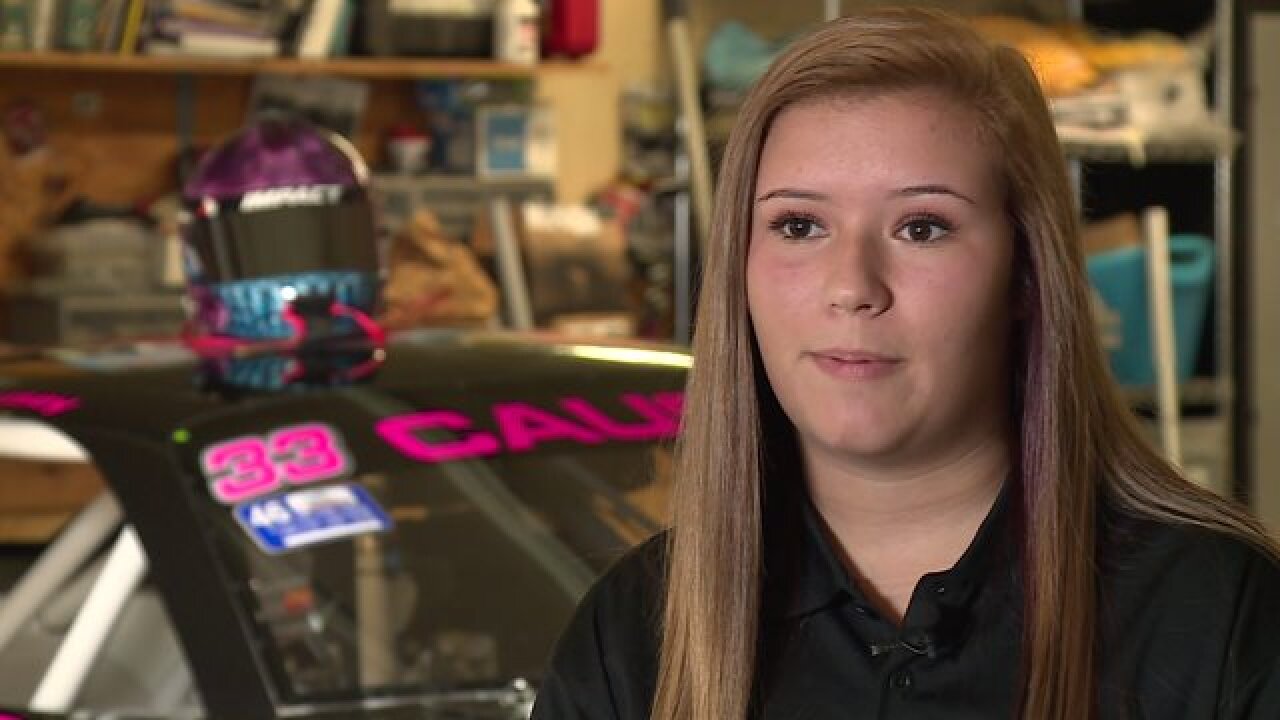 YORKTOWN, Va.  -- The history of NASCAR cannot fully be told without a strong influence of drivers and owners from the Old Dominion.

Names like Ray Hendrick, Wendell Scott, Ricky Rudd, Denny Hamlin and Diane Teel have all made significant contributions throughout the history of the sport from right here in Virginia.

Did that last name throw you off a bit? Most fans may not know about Diane Teel and what she accomplished. But someday, they may be much more aware of her granddaughter.

A shiny, black Camaro sits in the driveway of a home in Yorktown, largely unused. It belongs to 16 year old Macy Causey who can now legally drive it on her own.

Ironically, she's been driving a different car for much longer, and at much greater speeds.

Last year, the Yorktown teen was named the Late Model racing rookie of the year for the entire state of Virginia, and this past season, posted several top ten finishes at tracks like Dominion Raceway and South Boston.

How many fathers out there would be so willing to let their little girls even consider such a dangerous and competitive sport?

"If she wasn't so mature at what she does, then I might be a lot more apprehensive," her father Rette said.

Macy Causey and her father Rette

Macy caught the racing bug from not only her grandmother, but from Rette who was an accomplished Legends driver in Virginia. From a very early age, all Macy has known has been life at the track.

"I remember at Old Dominion Raceway, sitting in the back of the pace car, waving to him when he was in front," Macy said.  "I was like, I want to race so bad."

Even at a young age, Macy has already accomplished quite a bit. Their garage is littered with trophies from various races and tracks, covering several different levels and divisions, each representing a small step forward in her career.

What you can't see in a garage full of trophies is the respect Macy has earned from her fellow drivers, all of them older, and almost always, all of them male.

Her reputation, built partly on features in the New York Times and Sports Illustrated, is now starting to precede her, and she can hear the whispers when she arrives at the track.

"I've heard so much about her" Macy said. "What's about to happen? Am I going to get beat by a girl?"

"Here's this young, 14-year-old" Rette added. "Not only a 14-year-old, but a 14-year-old girl out here racing with grown men that have thousands of laps. They'll [eventually] come up and say, she gets it. She'll go places."

None of this comes without sacrifice. Macy is now home schooled to devote more time for racing. And her father put aside his career once he saw his daughter's potential.

They make these decisions based on Macy's progress and development, which includes becoming more comfortable with and knowledgeable about what she's driving. It all clicked one weekend this summer at Dominion Raceway just north of Richmond.

"Every time that we've gone against what she's told us, the car has been slower," Rette remembered. "We made a conscious decision that everything she tells us for this weekend, we're going off what she says, not what the data tells us. That was the best race she's ever run in her life."

"It's great to be so young and to have that knowledge and to be a successful female driver and how far I've already come," Macy added. "It's a lot to handle, but I'm proud of it."

The spotlight also comes with a microscope of intensity which, for some, might magnify any mistake because of her age and her gender. Macy is hoping that her success will not only break barriers, but change perceptions throughout the sport.

"Maybe I can be the one that makes them realize, maybe we shouldn't have a microscope focused on this girl and everything she does," Macy said. "I don't really want to go down anyone else's path. I want to go down my own."

Earlier this year, Macy took part in NASCAR's Drive For Diversity combine in Florida. The program aims to help introduce the sport to women and minorities and seek out potential drivers and crew members.

This was the second straight year Macy has taken part. If she has shown them enough, she could be picked for opportunities in either the Camping World Truck or Xfinity Series next year. She hopes to hear back from NASCAR sometime in December.