HENRICO COUNTY, Va. -- Two Henrico parents are very conflicted Friday night as they watch their two sons compete in second round of the 5A South playoffs, against each other.

“It’s been really nerve racking today, because who are we going to cheer?” said Mark and Mindy Notley.

Their sons Adam and Jack are the kickers for Douglas Freeman and Highland Springs respectively.

The family lives in the Douglas Freeman district, but Jack, a senior, is enrolled in the engineering program at Highland Springs.

In honor of the brothers first game against one another, the family made T-shirts with both their sons’ teams, colors and numbers.

The parents said the game will be difficult to watch because no matter what happens, one son will be disappointed. 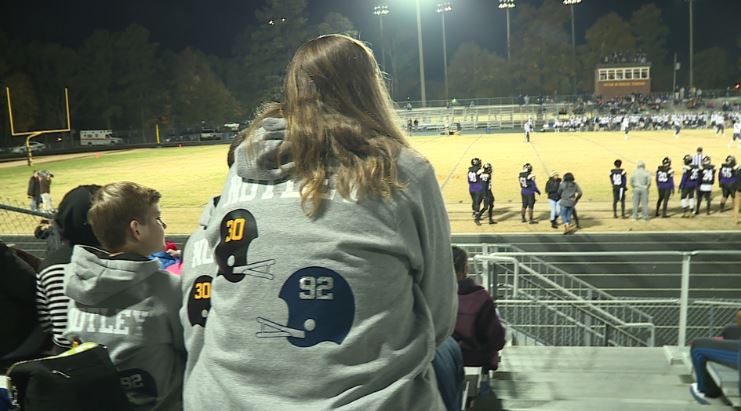 Despite that reality, the parents said the game will be a relief in some ways.

“We get to be at the game as a family,” said Mindy.

“We were excited that we were going to get to watch them because we’ve been traveling backwards and forwards," said Mark. "Sometimes we would spend the first half at one game and then drive over to the next game, then we’d miss a quarter,."

The parents said they will most likely alternate quarters between sitting on the home sideline for Jack and the away sideline for Adam.

Jack and the Highland Springs Springers ended up winning the game, 58-21, to advance to the 5A South finals.