RICHMOND, Va. – Police are asking for the public’s help to identify the suspect who robbed a bank Wednesday at the corner of Walmsley and Broad Rock boulevards.

The robbery happened at approximately 11:28 a.m. at the BB&T Bank located at 4719 Walmsley Boulevard.

Police said the suspect walked into the bank and passed a note to the teller demanding money. The teller complied and the suspect fled the bank with the cash. 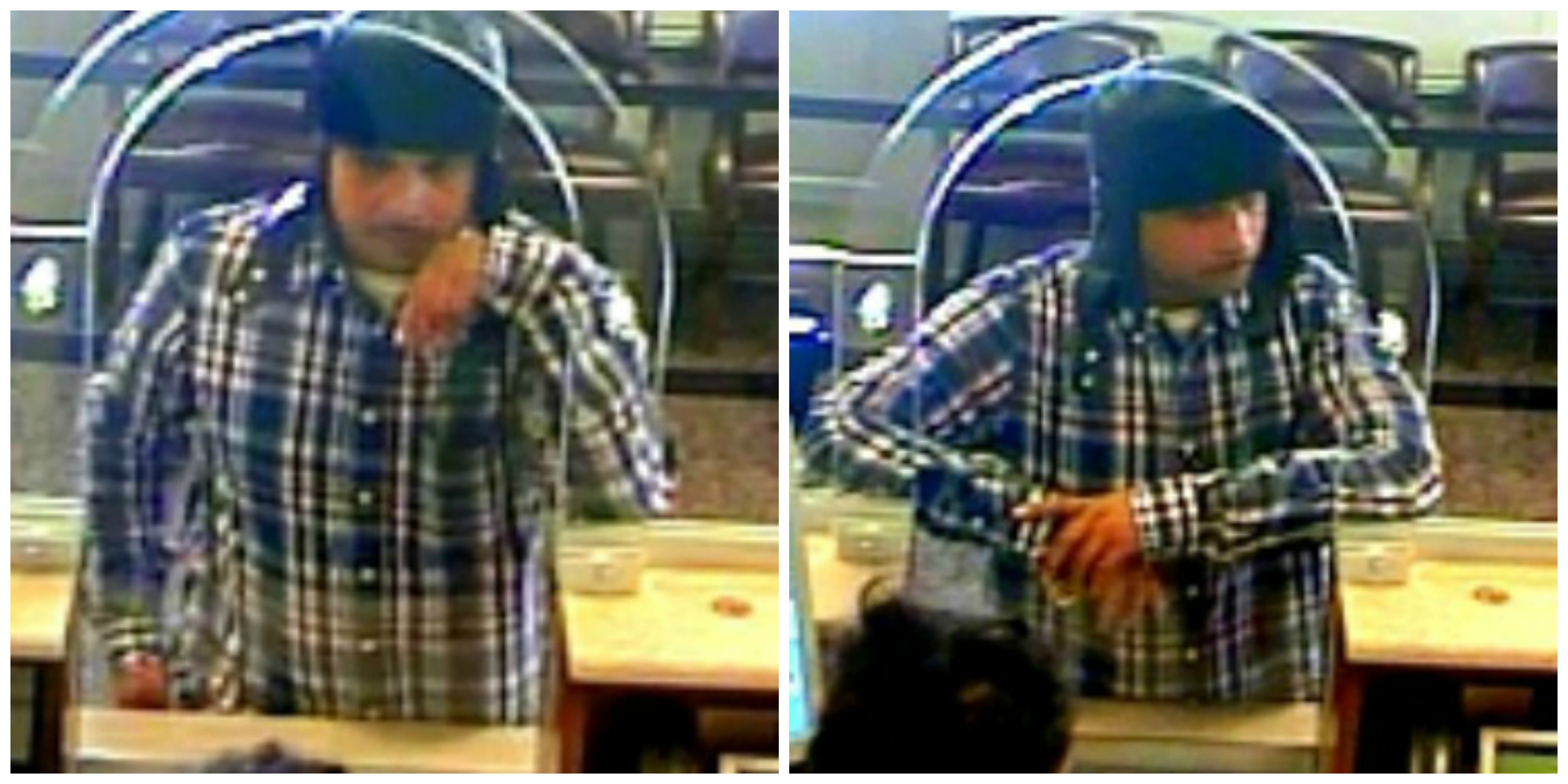 The male suspect was last seen fleeing the bank towards Walmsley Boulevard.

The suspect is described as a Latino male in his 30’s with a mustache. He was seen wearing khaki trousers, a black ‘bomber-style’ fur cap with ear flaps, work boots and a plaid shirt.

Police said the suspect appeared to stutter when he spoke.