HENRICO COUNTY, Va. – A space heater is being blamed for a small fire at an apartment on Henrico’s Northside.

Fire officials said they received a call at 9:51 p.m. for smoke and fire in an apartment in the 5900 block of Queens Thorpe Ct., located near Azalea Ave and Wilkinson Road.

“Units arrived within four minutes and discovered smoke in the second story apartment. A quick fire attack led to the extinguishment of the fire in the heating unit preventing the spread to any other units.  The incident was marked completely under control 45 minutes later,” a Henrico Fire spokesperson said in a press release. 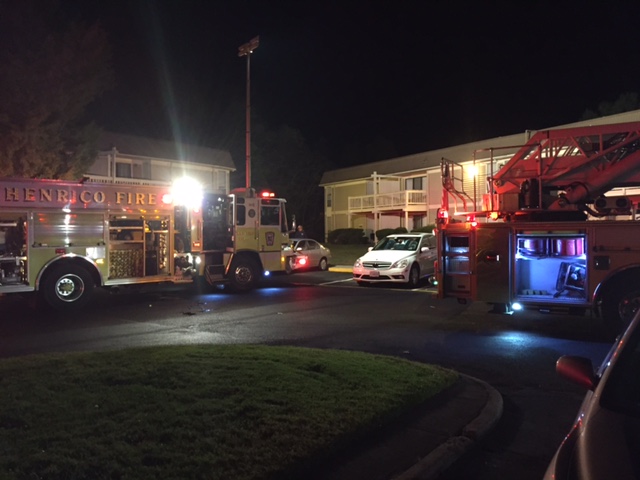 Officials said the fire effected several other apartments on both the second and third floors of the apartment building.

Residents inside the apartment where the fire originated will be displaced for a short period of time. The resident and her son will be staying with family until the apartment is repaired.

Fire officials said the fire originated at one of the apartment’s heating units.

Investigators say the resident had just turned on the heat for the first time this year, when a smoke alarm alerted her to a fire.

She was able to escape without injury and the fire was extinguished while it was still small.

Henrico Fire is reminding residents that space heaters should have at least 3 feet of space to anything that can catch fire.

While space heaters account for only 33% of the fires caused by heating equipment, they have the highest number of civilian deaths related to their cause.