Anti-Trump protesters march at VCU: ‘We do not respect blatant sexism’

"I think that is great that people feel so passionate about politics and the way this ended up,” said protest organizer Carrie Morgan Hooper.

Many at the event, which organizers estimated to be between 1500 to 2000 people, were still reeling from Election Day and Donald Trump's unexpected victory over Hillary Clinton.

Kim Drew Wright, a concerned voter taking part in the demonstration, said she wanted to make it known that "we do not respect blatant sexism, blatant hate, bigotry and everything else that man ran for."

"I'm with my mom and I think Hillary should've been President because she's way more qualified than Trump,” Wright’s daughter added.

Amari, a VCU student, said she had an important reason for taking part in the display.

Others had a variety of reasons for demonstrating.

"Our signs essentially say it all. They say peace -- that's what we're here for," Joshua Glover said. "But we're just here to make sure all of the LGBT community is safe. I'm a member of it, so we just want safety -- that's all."

"We just want safety for everybody,” Mackie Williams said.

Trump's victory sparked days of protests in cities across the country and in Richmond where some protestors defaced monuments and blocked traffic on the interstate.

"I know that people are disappointed," Hooper said. "Other than that, I respect people's rights to feel the way they're going to feel."

Hooper also said those taking part knew this was a peaceful protest.

"We absolutely do not want anyone to get hurt,” said Hooper. “We're very concerned about people's safety and we put that out there.”

As the throngs of protesters marched from VCU through the city, they said they are concerned the country is headed in the wrong direction.

After a 2.5 hour peaceful demonstration, the event has now concluded. Traffic is now clear. #RVA @VaDOTRVA 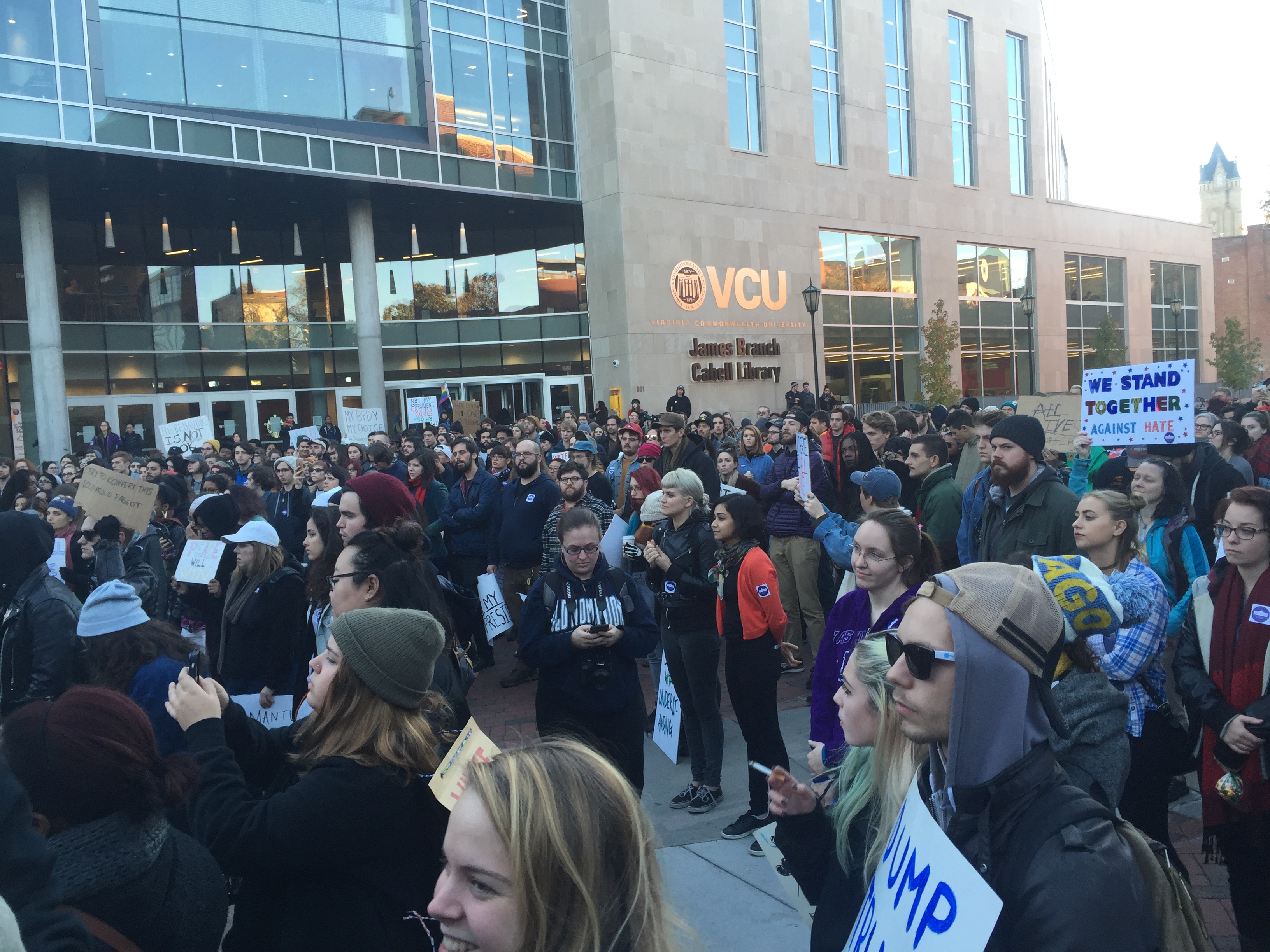