Crews searching for homeowner after fire

HENRICO COUNTY, Va. -- Crews are still trying to the find the person who lives at a home that went up in flames Tuesday night in Henrico County's Lakeside neighborhood.

Dispatchers began receiving calls about a house fire in the 7400 block of Wentworth Avenue just before 10 p.m.

"Units were dispatched immediately and arrived within five minutes to find a heavy volume of fire from the front and rear of a single-family home," Henrico Fire spokesman Capt. Taylor Goodman said. "The close spacing of the homes in the neighborhood complicated the situation. As firefighters began to fight the fire, operations not only concentrated on the house where the fire originated, but also one of the houses next door which could have potentially burned from the radiant heat."

Firefighters managed to knock down the fire in about an hour and prevent damage to a neighboring home.

Crews worked to check for hidden fire and control hotspots.

No one was home when the broke out.

As of Wednesday afternoon, officials were still trying to locate the person who lives at the home.

The Fire Marshal’s Office is working to figure out what sparked the fire. 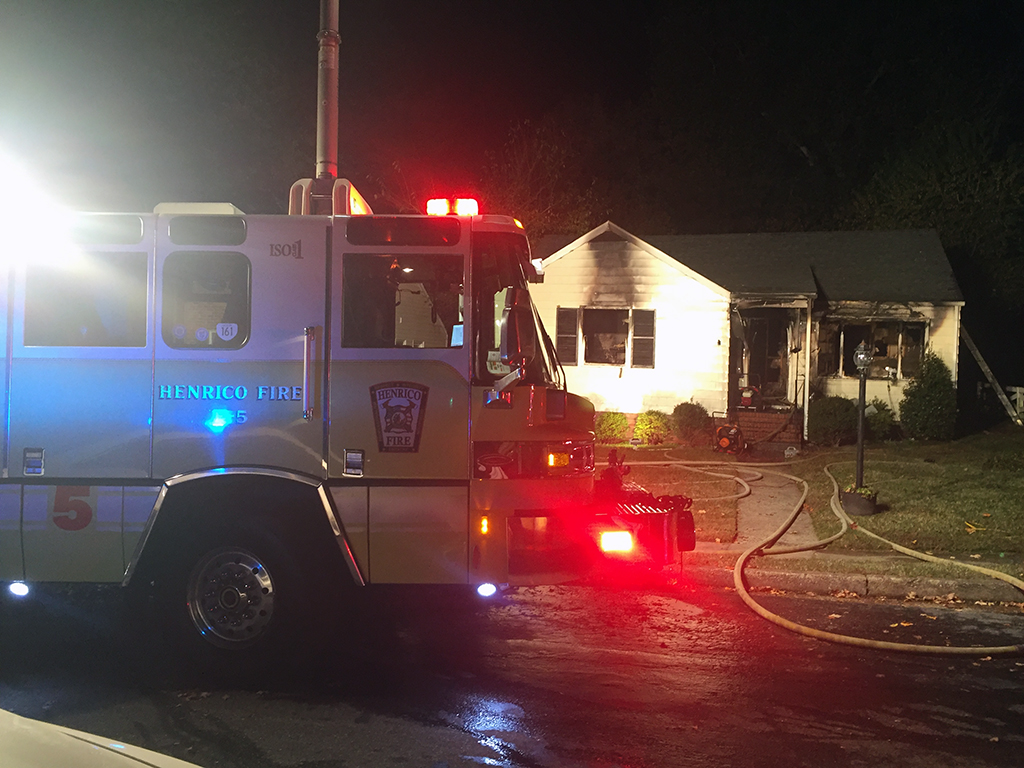