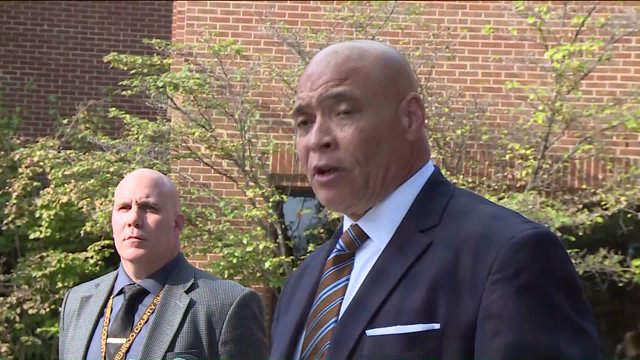 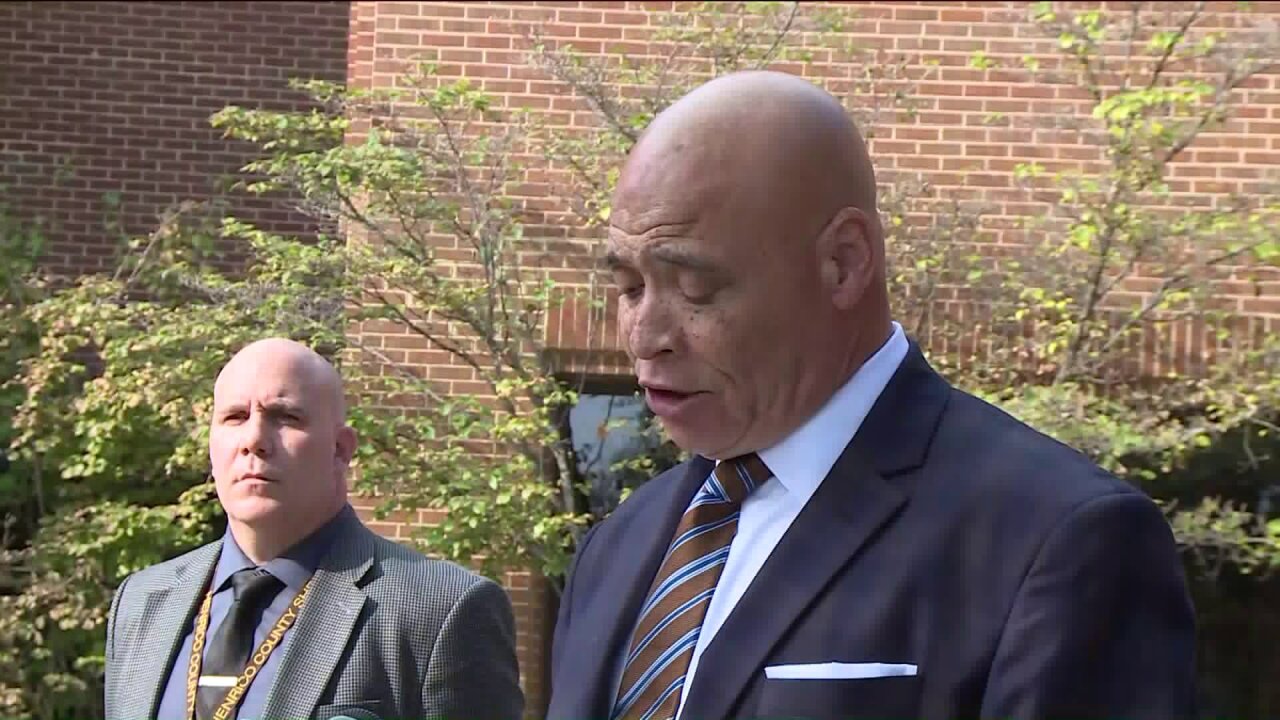 HENRICO, Va. – At a brief press conference where no media questions were allowed, held in front of the Henrico courts complex Wednesday, Joe Morrissey’s lawyer Arnold Henderson again challenged the allegations of sexual impropriety from Morrissey’s former client, which were first reported Friday by the Richmond Times-Dispatch.

Henderson claimed two inmates who shared a dayroom with Kanika Morris heard her say: “I will do anything I can to get out of jail.”

The women’s names were not given, nor did they address the media. The mayoral candidate himself was not present either.

Henderson claimed that when the unidentified women first heard the report about Morrissey on television they screamed “she’s lying, she’s lying” and then contacted Morrissey.

Sgt. Ray Goetchius then uttered a few lines, to simply confirm he works for the investigative section of Henrico County Sheriff’s Office which was asked to investigate the matter and that he could confirm “that the three individuals mentioned were in the same dayroom at the same time.”

At that point RTD reporter Ned Oliver asked if reporters could ask questions, and was told by Henderson “not yet.”

However, the press conference ended shortly afterward with no questions allowed by the press.

The Henrico County Commonwealth’s Attorney’s offices continue to investigate the claims made by Morris, and she was able to retract the guilty plea, which she said Morrissey coerced her into giving. Local attorneys said it is highly unusual for judges to allow guilty pleas to be withdrawn and that a standard of manifest injustice must be met.

“The issues arising from Mr. Morrissey’s representation of a client and the meaning of his text messages will be determined by the proper authorities and the Virginia State Bar, not by press release," said Steve Benjamin, who is representing Morris now.

Allegations of sexual impropriety made against mayoral candidate

Morris claimed that Morrissey allegedly exposed himself to her at his law firm in February 2016 and pressured her to have sex with him, according to a detailed Richmond Times-Dispatch report published Friday afternoon, in which graphic tests were published.

When Morris  refused him, the report stated, Morrissey turned her case over to another lawyer in his office, who pushed her into taking a plea deal because she hadn't paid Morrissey enough.

"The essence of this lady's claim is a lie," Morrissey's attorney, Arnold Henderson, told reporters during a previous news conference.

Henderson refuted 10 specifics from the article that he said proves Morris' claims are "absolute" lies.

Morrissey, who was silent for the majority of that presser, claimed Morris' new lawyer drove her to the newspaper's offices immediately after she was released from jail.

He has acknowledged “flirtatious texts” with the woman.

“What about the alleged follow-up text involving panties,” CBS 6 reporter Melissa Hipolit asked at the very first press conference held regarding the allegations (there have been three since Friday night, Oct. 28).

“While I don’t deny, while I don’t recall the exact texts, I don’t deny them at all, but I do deny is ever having any contact with her outside of my office after that first day,” Morrissey said. He also said they used to date, but Morris denied that.

When reporters tried to ask more questions that night, they were asked to leave by Morrissey’s wife.