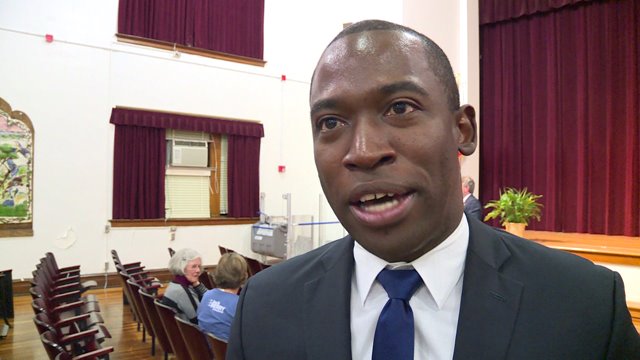 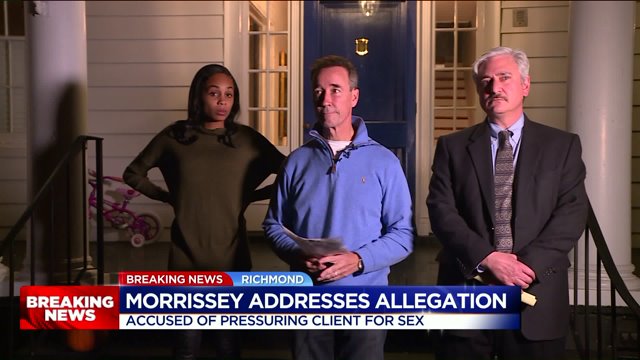 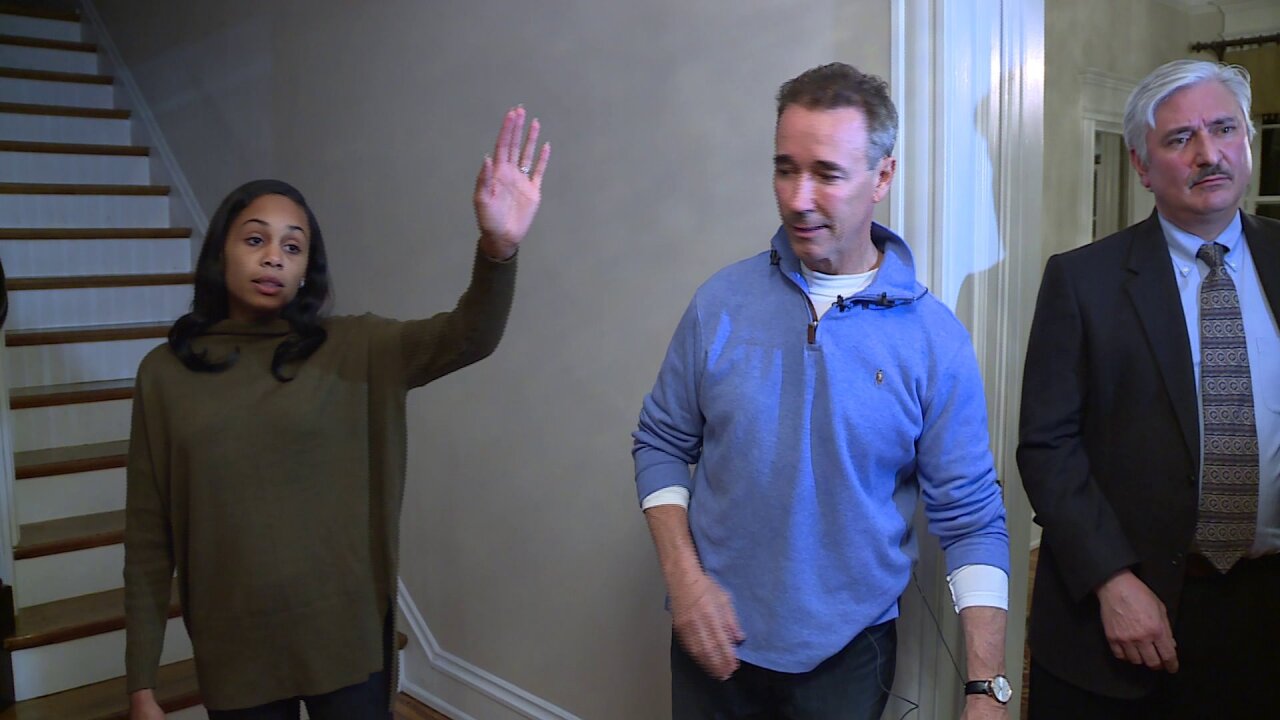 RICHMOND, Va. -- Joe Morrissey and his lawyer called for the Richmond Times-Dispatch to retract and apologize for a story published Friday.

In the report, a female client claimed Morrissey exposed himself to her at his law firm, pressured her for sex, sent her explicit text message, and, then, when she refused to play along gave her case to another lawyer in his office who pushed her into pleading guilty because she hadn’t paid Morrissey enough.

"The essence of this lady's claim is a lie," Morrissey's attorney, Arnold Henderson, told reporters during the 1:30 p.m. news conference.

Henderson refuted 10 specifics from the article that he said proves Kanika Morris' claims are "absolute" lies.

Morrissey, who was silent for the majority of the presser, claimed Morris' new lawyer drove her to the newspaper's offices immediately after she was released from jail.

In fact, Morrissey said that Catherine Mullins, the primary attorney who worked on the Morris case, was aghast by the allegations.

In an email Friday, Mullins said she did not remember Morris meeting with Morrissey privately in the office.

“I met with her alone in my office and then the two of us met with Joe in his office," Mullins wrote in an email."To my recollection, I was with her the entire time and she was never alone in Joe’s office. She told me she knew Joe preciously from his work with his group home. Because Joe knew her, he offered her a greatly reduced rate for her case."

Morrissey maintained that he had no contact with Morris for four months and that Galanides "handled the entire case."

Henderson faulted the newspaper for not reaching out to Morrissey sooner before going to press.

Henderson also said Morrissey will continue to campaign for mayor.

Morrissey said the allegations reminded him of the "shenanigans" he faced 25 years ago when he was running for Commonwealth's Attorney in Richmond.

"Five days before the primary they reported that I was indicted for bribery," Morrissey said. "I lost that primary."

When the case went to trial, Morrissey said all charges were dismissed.

"Six jurors said this was the most shameful set of charges they had ever seen." he said.

This was the second news conference in less than 24 hours for the candidate. A chaotic scene unfolded outside Morrissey’s house Friday and he opted to move things inside when his wife’s father showed up and yelled “liar” every time he attempted to talk.

Once inside, he refuted the allegations made by a woman named Kanika Morris in a Richmond Times-Dispatch article published Friday.

“What I’m accused of is a crime that I forced this person into a plea agreement…that is absolutely false,” Morrissey said

Standing by Morrissey’s side was his wife, Myrna, who looked visibly uncomfortable and kept rubbing her stomach.

“What about the alleged follow up text involving panties,” Hipolit asked.

“While I don’t deny, while I don’t recall the exact texts, I don’t deny them at all, but I do deny is ever ever having any contact with her outside of my office after that first day,” Morrissey said.

Morrissey served jail time for charges related to an inappropriate relationship with Myrna when she was just 17.

Included in Morrissey’s plea deal, several explicit texts he allegedly wrote to her.

When Hipolit brought them up at the press conference, Myrna interrupted and said,” ok, I said that’s enough…that’s enough and we’re shutting this down now.”

Another reporter from the Times Dispatch attempted one more question, but Pride shut them down while Morrissey said “honey please, honey.”

The Commonwealth’s Attorney in Henrico, Shannon Taylor, is investigating the allegations.

A Henrico judge did allow Morris to withdraw her original plea.