“[He] approached a teller, displayed a note indicating he was armed, and demanded money. The suspect left the bank with an undisclosed amount of currency,” investigators said. “The suspect is described as a white male wearing a black cap with the word “ARMY” on the brim, black eyeglasses, blue and white plaid button down shirt, blue jeans, and black tennis shoes with white soles.”

Investigators believe this same made robbed a Wells Fargo in Henrico earlier this month. 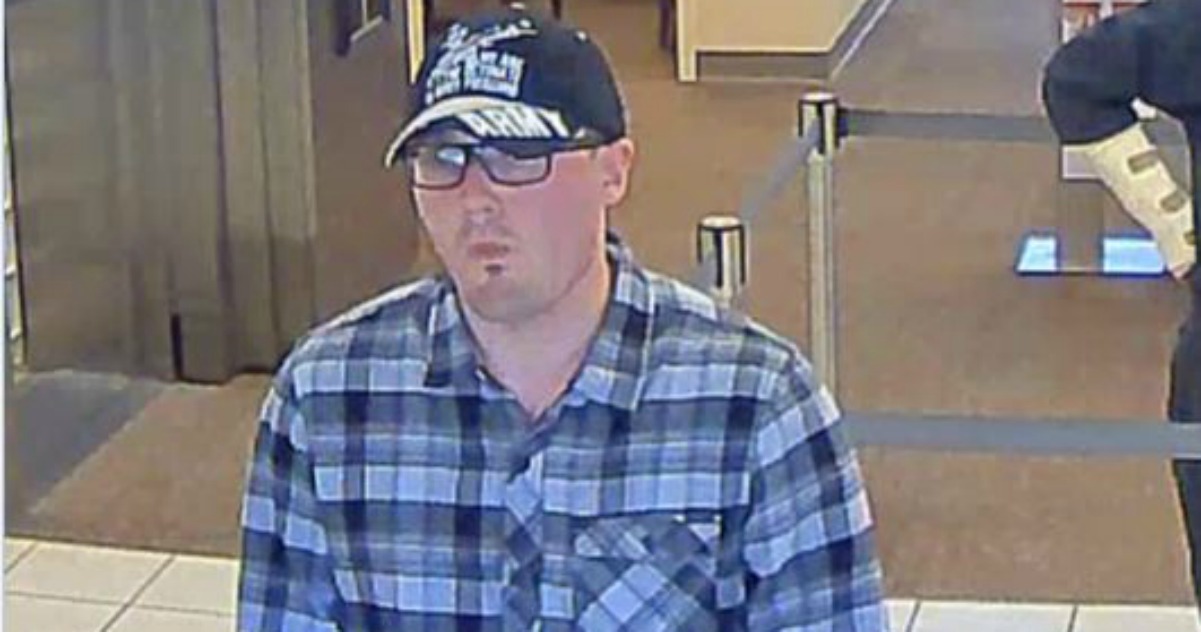