HandsOn Day volunteers get to work across city

“We met at 9 o’clock this morning, and they told us our assignments and we began the work,” Wolford said. “And we ordered a beautiful day and we got it.”

She added that she wanted to help out in the community, and this was the way to do it.

Wolford and the 20 other volunteers at Byrd Park participated in the ninth annual HandsOn Day, an event which organizes improvement projects across the city. HandsOn Greater Richmond helps coordinate these volunteer opportunities for community members looking to serve and help nonprofit organizations. 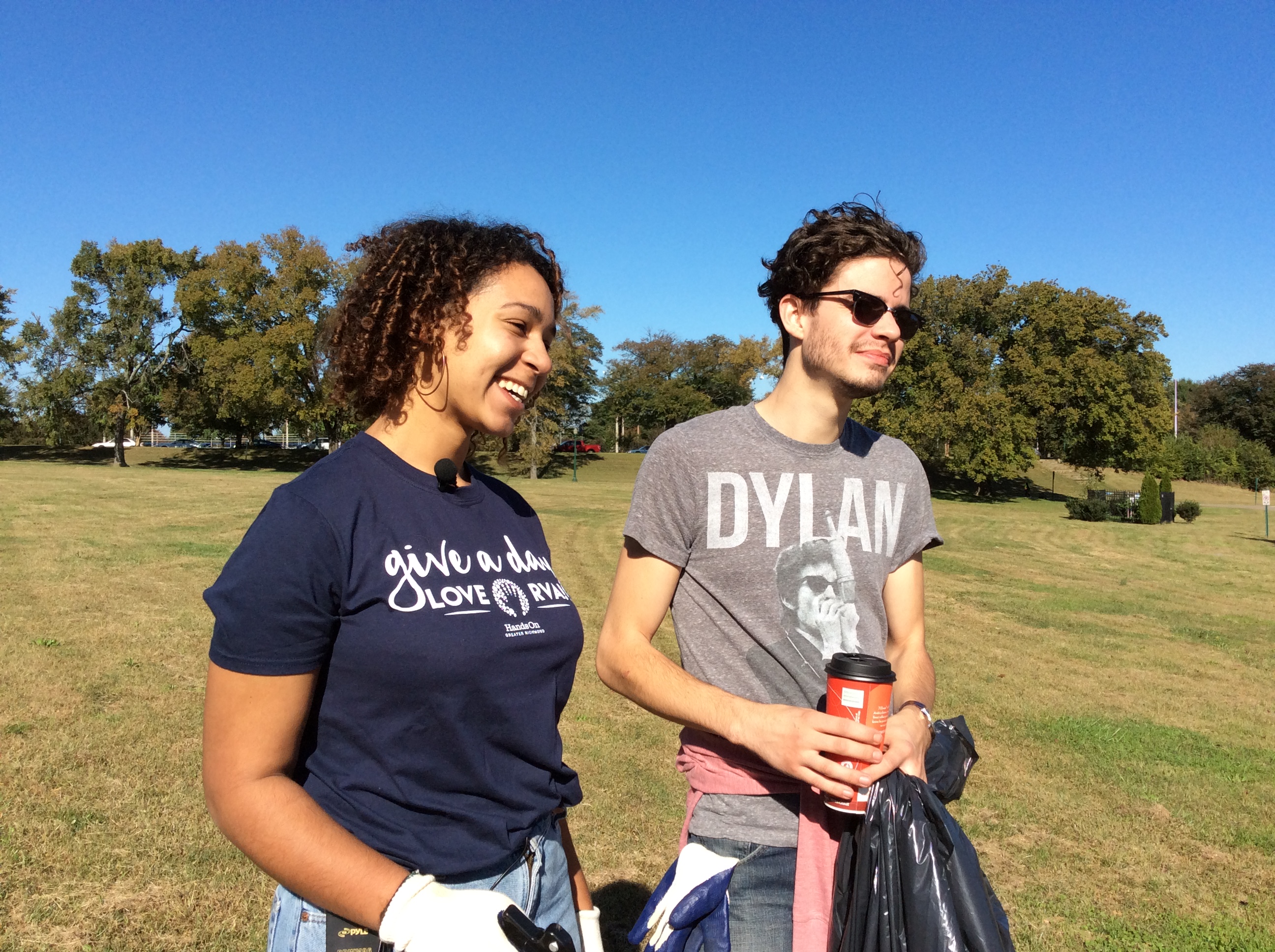 At Byrd Park, several volunteer groups joined together to paint gates and pick up trash.

Wolford’s daughter-in-law Melissa Bingham Wolford organized one of those groups.

A social worker at Bon Secours, Bingham Wolford reached out to her co-workers, friends, and family to join her volunteer efforts.

“I think it’s good to get out and do things for your community. I think it brings people together,” Bingham Wolford said. “It’s very easy to go through life without doing anything for anyone, so it’s nice to be intentional about it.”

Besides HandsOn Day which happens each October, HandsOn Greater Richmond also coordinates special events like the Martin Luther King Jr. National Day of Service, and the Earth Day Richmond Festival as a partner with the Enrichmond Foundation.

Formerly known as Activate Richmond, HandsOn Greater Richmond became a member of the international HandsOn network in 2007, and has mobilized 11,000 participants a year in volunteer efforts. HandsOn Day is the Richmond metro region’s largest day of service. More than 60 HandsOn Day volunteer projects were held on Saturday with 1,300 participants.

“We had been talking about trying to … just be like a good person in the community, just try to start to do stuff like this, and the fact that it came up at work was really convenient,” said Charles Jordan, a co-worker of Bingham Wolford.

Other project locations in the area included Lewis Ginter Botanical Garden and John Cary Elementary School right near Byrd Park. Volunteers were working both inside and outside at Cary Elementary, beautifying the school yards and helping set up “maker spaces” within the classrooms. At Lewis Ginter, a team of CBS 6 employees made crafts for the upcoming Dominion GardenFest of Lights and worked the community kitchen gardens.

For 5th district city council member and HandsOn Day volunteer Parker Agelasto there’s plenty of work to be done around Richmond. Beyond participating in HandsOn Day, Agelasto partnered with HandsOn Greater Richmond to start a monthly community clean up project in rotating neighborhoods. He attributes his dedication to volunteering to previous experiences helping out in his neighborhood.

“I was 15 years old and my parents said, well we’re going to take care of this whole area in our neighborhood. And I said, ‘What?’ and they said, ‘Yeah, this is giving back to your community,'” Agelasto said.

Back at Byrd Park, project captain Elizabeth Houston shared her expectations for future HandsOn projects. “There’s all sorts of districts around, and a lot of communities don’t have the infrastructure. The ability to keep up with the need, so more cleanup projects would be great,” Houston said and emphasized the importance of involvement in community improvement efforts.

Most projects on Saturday were completed between 9 a.m. and 1 p.m., and the day concluded with a family friendly celebration at Three Notch’d Brewing Company.

By Cydni Gordon and Amy Lee (Special to WTVR.com)