Suspect shoots at trooper as I-64 chase tops 100 mph

GOOCHLAND COUNTY, Va. – Two people are facing charges after state police said the passenger in a car involved in a high-speed chase along I-64 Saturday afternoon fired shots at a trooper.

Sgt. Steve Vick with Virginia State Police said a trooper tried stopping a Honda Civic clocked at 84 mph in a 70-mph zone just before 3:30 p.m. on I-64 west near mile marker 160 in Louisa County.

“When the Honda refused to stop and sped away in excess of 100 mph, a pursuit was initiated," Vick said. "Moments into the pursuit, the Honda’s male passenger began shooting at the trooper in pursuit. The trooper’s Ford Taurus was struck twice – once in the grill and once in passenger side mirror.”

Vick said when the female driver took the Shannon Hill Road exit in Goochland County and attempted to turn right, she lost control of the car, ran off the road and slammed into several trees.

The trooper, who was not injured, apprehended the pair.

The pair were transported to UVA Medical Center in Charlottesville with non-life threatening injuries.

Investigators recovered a gun from the suspects' vehicle. Vick said the trooper did not fire his weapon during the incident.

Vick said charges are pending against the pair and that the incident remains under investigation. 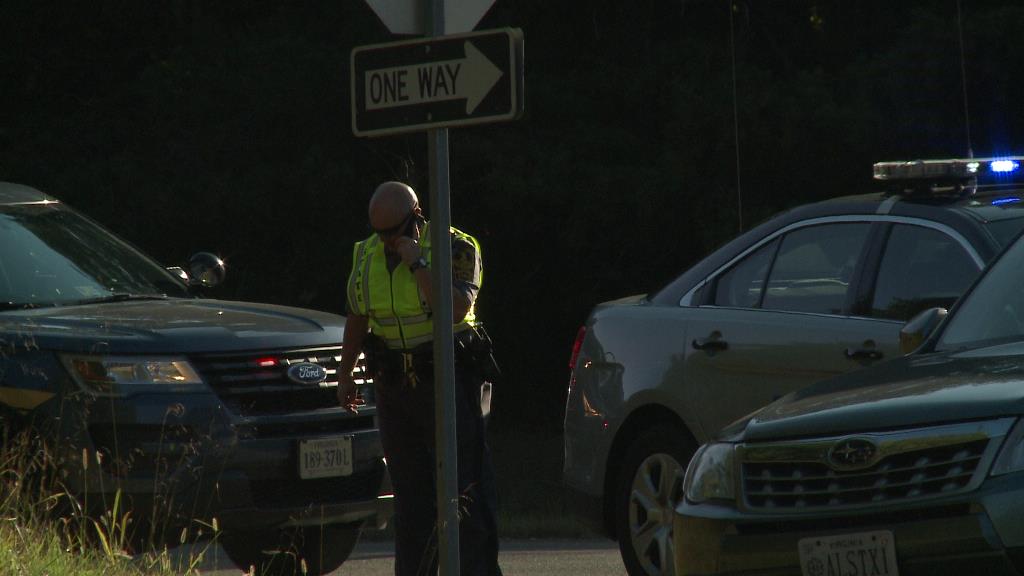