CHESTERFIELD COUNTY, Va. — Police are investigating after a driver slammed into a convenience store in Chesterfield County Friday afternoon.

It happened at the Chester Food Mart in the 2700 block of West Hundred Road.

Chesterfield police officials said the driver stated that his foot slipped off the brake and onto the gas when the accident happened.

Photos show a blue Mercury Grand Marquis inside of the business. The car knocked out several windows and forced a counter onto the car’s hood. 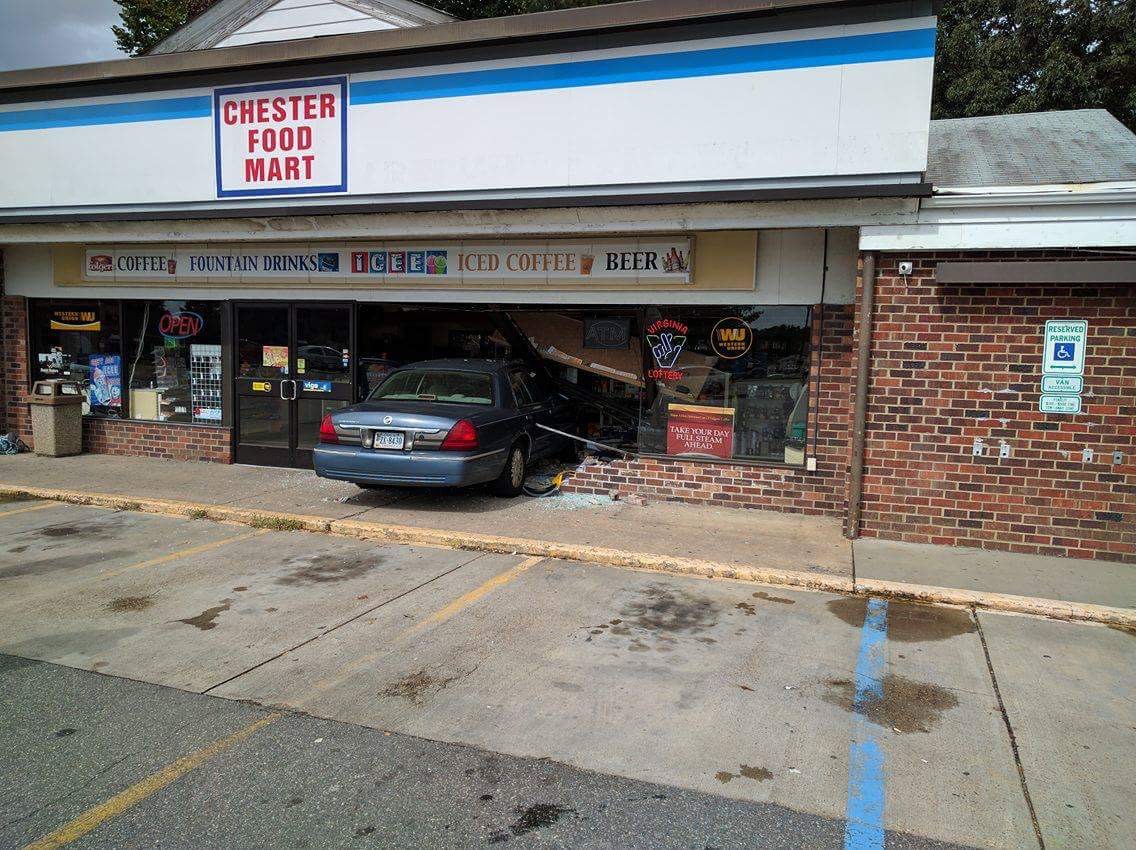