A wedding is always a special event. But for Kinsey French, it was truly extraordinary.

French, of Louisville, Kentucky, has been teaching children with Down syndrome for the past three years at the Christian Academy’s Providence School.

She’s deeply fond of her students. French’s now-husband, Josh, even proposed to her in front of her class, knowing how much they meant to her. 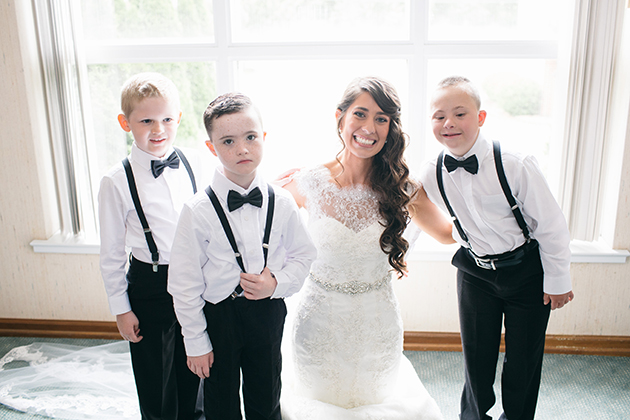 So when it came to her big day, she invited all of them to be in her bridal party.

“When you’re working with students in that close a level you develop a special relationship, and I wanted them to be part of this special day,” French said.

After receiving the consent of the school and the kids’ parents — who were excited and tearful, according to French — she gave out invitations to her special ed students, ages 7 to 11. “There was never a doubt” the children would be part of the celebration, French said.

The girls wore white dresses, while the boys wore suspenders and bow ties. French’s students also had wedding responsibilities, walking down the aisle as flower girls and ringbearers.

Kinsey and Josh were married on June 3, but their wedding only went viral in recent days after photographer Lang Thomas Leichhardt shared photos of French in her wedding dress, surrounded by her students.

Leichhardt has shot more than 300 weddings and said it’s the tenderhearted ceremonies that stand out.

“I was brought to tears many times during the day,” he told CNN. “You can tell how genuine she is to these kids.”

Leichhardt particularly remembers the dance floor, where he said the kids spent almost the entire reception.

For French, it was important to show the full potential of her students.

“There are a lot of stereotypes that come with Down syndrome,” she said. “Our students are like any other class and deserve a chance to learn alongside their peers like anyone else.”