Yorktown boy with muscular dystrophy wheels his way to a touchdown 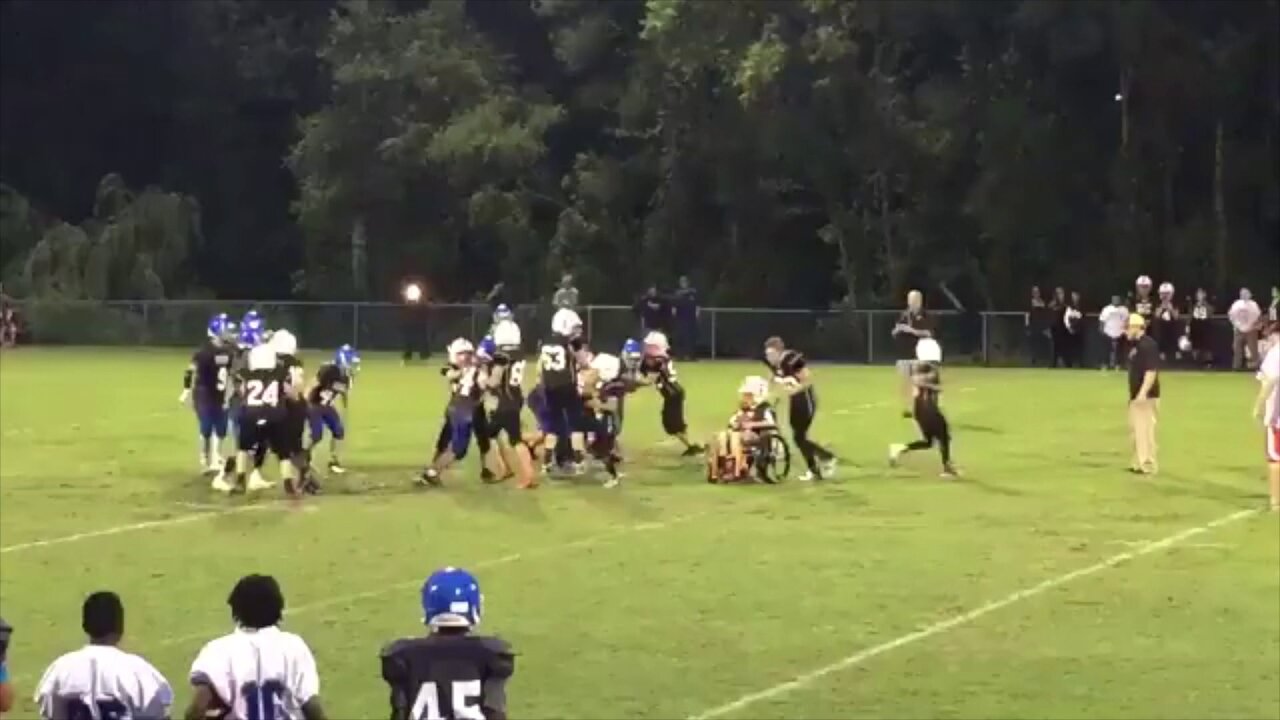 YORKTOWN, Va. — Caden Bower, a seventh grader at Tabb Middle School, is still celebrating the big plays he made on Tuesday night.  It was the first time Bower took the field and he scored not one, but two touchdowns in the game against York Town Middle School.

“I think it was the highlight of the year,” Bower told WTKR.

It was a special night for a special teammate. Bower was diagnosed with a rare form of muscular dystrophy when he was only five years old. Since then, he has spent a lot of time in a wheelchair, but that didn’t stop him from joining the football team this year.

“He comes to every game and every practice too,” explained Coach Robert Pase. “He’s as big a part of the team, as anyone. The kids love him.”

Although Bower has been on the sidelines most of the season, his dedication to the team didn’t go unnoticed – so his three teammates devised a plan to get Caden the ball and get him into the end zone.

“He was always there for all of us and everyone else on the team and I felt like it was time for us to be there for him,” said one of his teammates. “He was just yelling to go faster, I could hear him, it was really cool to just do it for him.”

Caden Bower shows us his touch down celebration dance after scoring 2 big touch downs thanks to the help of his teammates! His story tonight pic.twitter.com/2eehMqQmpU

“When you’re down he’s never down he’s always happy and lifts your spirit up,” said Coach Pase.

Even though the score didn’t end in Tabb High School’s favor, the team doesn’t seem to mind.

“We didn’t win the game but we won in the end, ” Coach Pase said.

Tabb Middle School thanks Yorktown Middle School for their participation in Bower’s touchdowns. They say not only were the coaches on board, but the players were too.

The next game for Tabb Middle School will be Tuesday against Grafton. Bower hopes to be part of the action again before the end of the season.