Henrico residents dealing with flooding: ‘We call this Lake Elko’

HENRICO COUNTY, Va. -- After record rainfall fell in Central Virginia Wednesday into Thursday, some parts of Henrico and Chesterfield counties are dealing with flooding.

As a result, Sandra Fischer is dealing with a flooded backyard in eastern Henrico.

"We call this Lake Elko when it does," Fischer said.

Fischer, who lives near the train tracks on Elko Road where the water was several feet deep Thursday, said she is worried the water will come into her house.

Rainfall totals over the past 36 hours show the most official rain at RIC since Hurricane Irene.

The heavy rains closed part of Elko Road, in addition to other roads in Henrico and Chesterfield counties.

"VDOT comes down and they either post a [road closed] sign or they have police here or a VDOT truck," Fischer said.

But  Fischer said some drivers ignored the warning.

"Especially, people in trucks think they can make it through, but I know that's very iffy," said Fischer. "It's just going to flood out."

Fischer said she is used to the inconvenience because it is part of living in a flood-prone area.

"You have to laugh at this because, I'll tell somebody, and they'll say, "How are you doing down there in Elko?' And I'll say, 'I've gotten richer...I have waterfront property,'" Fischer joked.

Henrico police pointed out drivers caught ignoring the road closure signs and driving through high water could face a summons for disobeying a highway sign or even reckless driving charges. 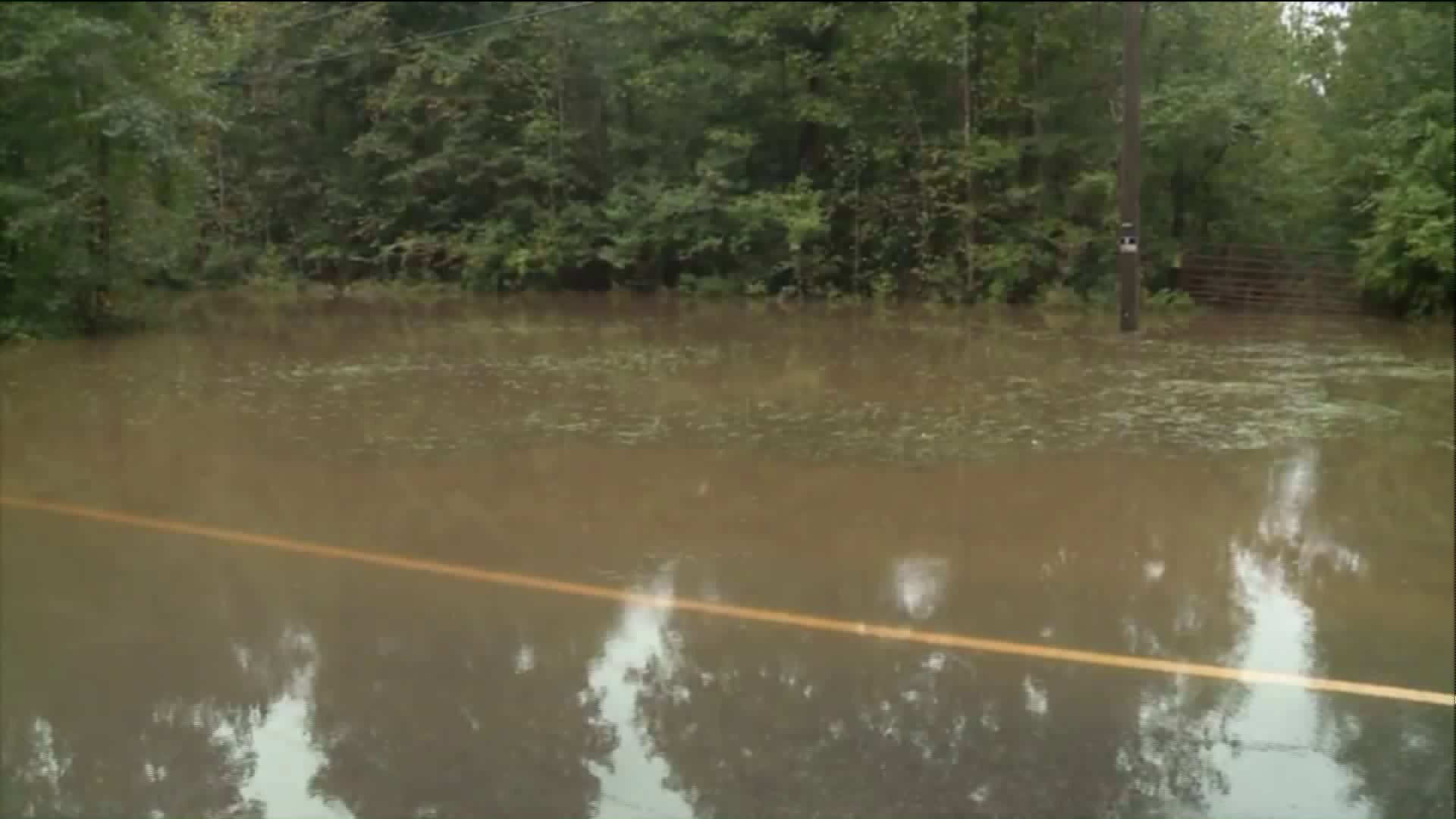