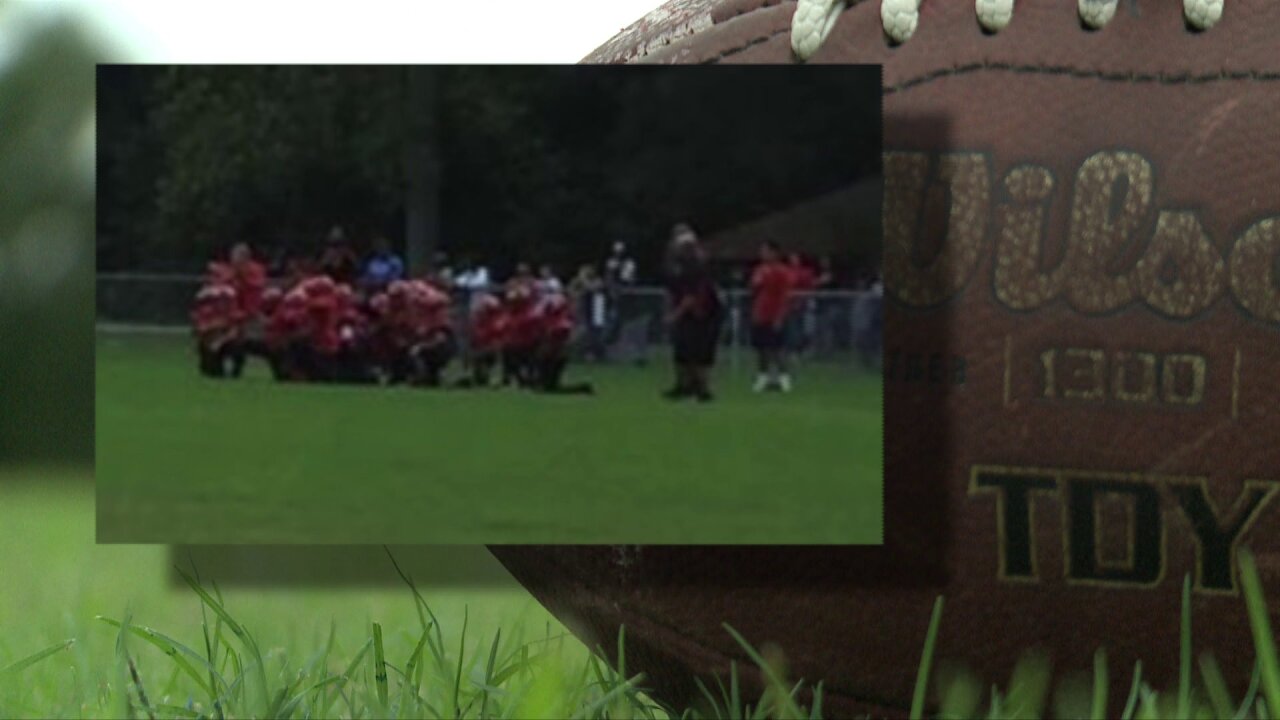 ETTRICK, Va. -- The controversy surrounding NFL star Colin Kaepernick’s refusal to stand during the National Anthem has reached a Virginia youth football league, infuriating some parents on both sides of the issue.

This past weekend, several players with the Ettrick Minors football team, consisting of 8 and 9 year-old players, took a knee during the National Anthem in a game against Chesterfield’s Bengals Minor.

A snapshot of the gesture quickly spread on social media and caused heated debate among parents, coaches and the Ettrick Athletic Association.

“I let people know I was upset,” said one Chesterfield parent, who asked not to be identified for fear of backlash.

“If somebody had been in the stands in front of me and they had not stood up, that would have been OK. But using that platform with your players to send a message, that is disturbing,” said the parent.

Disciplinary action was taken by the Ettrick Athletic Association, according to Tim Gallagher, the Commissioner of the Chesterfield Quarterback League.

“The Chesterfield Quarterback League stands behind the disciplining of coaches,” Gallagher said.

Gallagher said he believed the incident was isolated, and not a reflection of the Ettrick Athletic Association.

Former Ettrick Assistant Coach Jayvon Campbell said he would step aside because of the politics involved in the situation, not because he was asked to resign.

Campbell, who is a military veteran, said he never intended to send a message.

“We’re out here for the kids and we believe in what we’re telling them as far as football is concerned,” Campbell said. “I would never step on another parents shoes or step out of bounds.”

Campbell also argued the picture, which only captured the moment at the beginning of the National Anthem, was misleading. He said the players took the knee after the captain of the team and another assistant coach bent down to adjust a football uniform.  He said the rest of the players followed the captain's lead.

“If you see the picture, the actual picture the coach took, we’re all standing up, all the coaches are standing up,” Campbell said. “No one would ask kids to act, if adults weren’t going to act as well.”

The Ettrick Athletic Association would not specify the disciplinary action taken, but some Chesterfield parents said they were relieved the issue was taken seriously.

“The flag stands for something very important and when the Anthem is playing and you’re not standing, it stands out,” one parent added.