Burning truck closes I-95 in Chesterfield

"All southbound lanes are closed between Willis Road and Rt. 288 (mile marker 63) due to a vehicle fire. Traffic is getting by using the left shoulder," a VDOT spokesperson Jessica Cowardin said at 11:30 a.m. "The closure is expected to be in place for an extended period of time. Drivers are encouraged to use an alternate route to avoid delays."

The fire was initially reported before 9:30 a.m.

State police say the tractor trailer was going southbound on I-95 when it hit a mattress that was on the highway. The mattress got lodged underneath. The tractor trailer traveled another mile before it caught fire. The driver was not injured.

Chesterfield fire officials say a lot of fuel leaked out of the truck, going into the drains that lead to Proctors Creek, which eventually leads to the James River. Hazmat crews were on the scene putting sand down to try to stop that diesel from getting into the drains. Officials say there may be an environmental impact as a result of the leak.

This is a developing story. Send a news tip here. 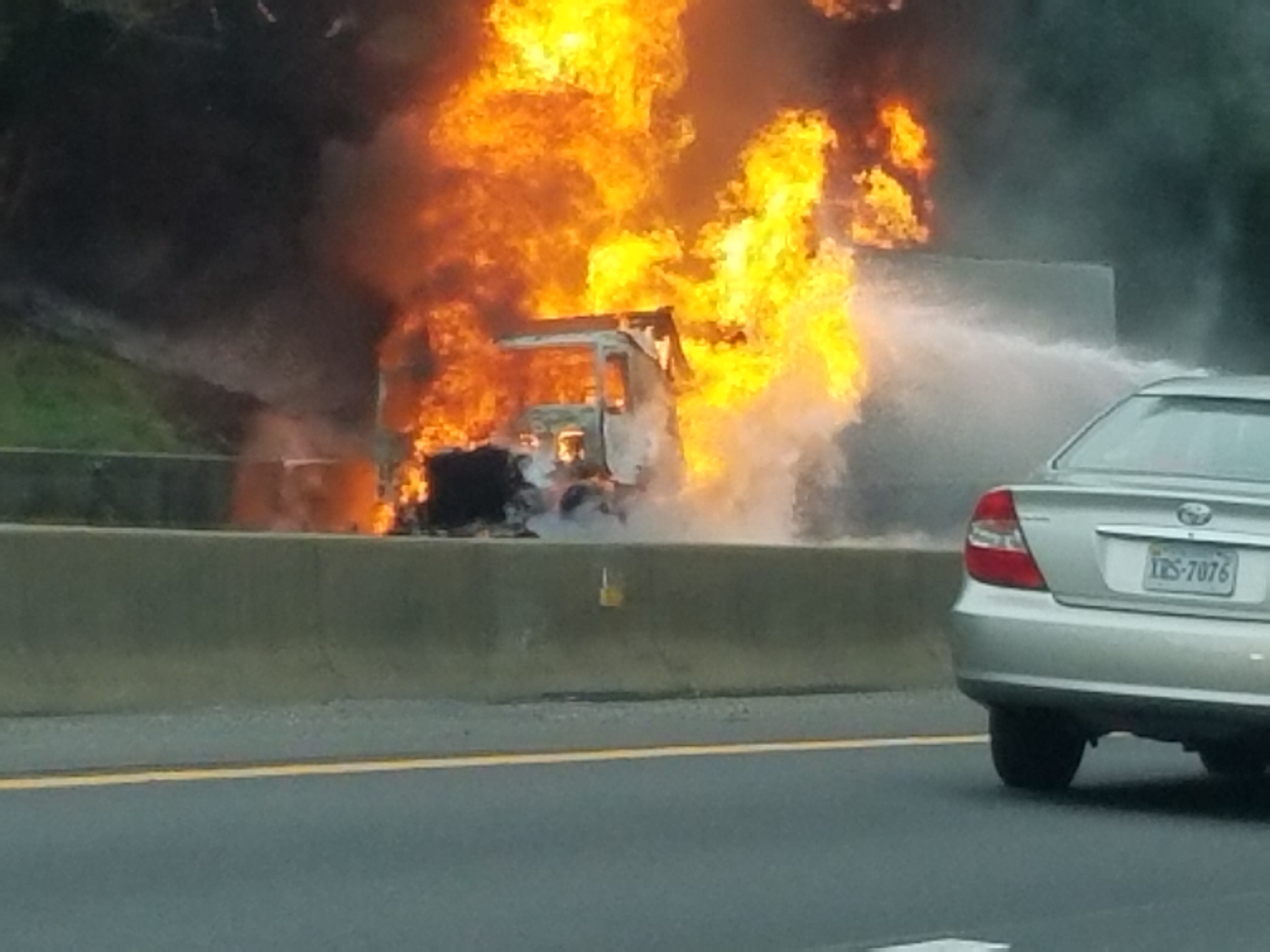