RICHMOND, Va. -- Police are asking for the public's help to identify two "persons of interest" in nearly two dozen burglaries targeting convenience stores and gas stations across Metro Richmond over the past two months.

Detectives believe the two men, pictures in surveillance images released by Richmond police Friday,  have likely been involved in multiple incidents since July 11.

The latest incident happened on the Southside at the Sunoco at 3401 Jefferson Davis Highway on Saturday at 2:34 a.m.

Surveillance cameras showed a man lowering himself through the gas station's ceiling after gaining access from the rooftop air conditioning unit.

"He stole cash and climbed back out through the ceiling," RPD officials said in a news release.

The first suspect, who was captured on surveillance at the Sunoco, is described as a black male between 30 to 40 years old with short hair.

He was seen wearing cargo shorts, a dark jacket, a scarf and white, black and yellow high tops during the theft at the Sunoco.

The second suspect is described as a black male who was wearing all dark clothing and a white t-shirt over his head during a recent incident.

Anyone with information about this incident or these individuals is asked to call Second Precinct Detective Pedro Riddle at 804-646-8168 or contact Crime Stoppers at 804-780-1000. 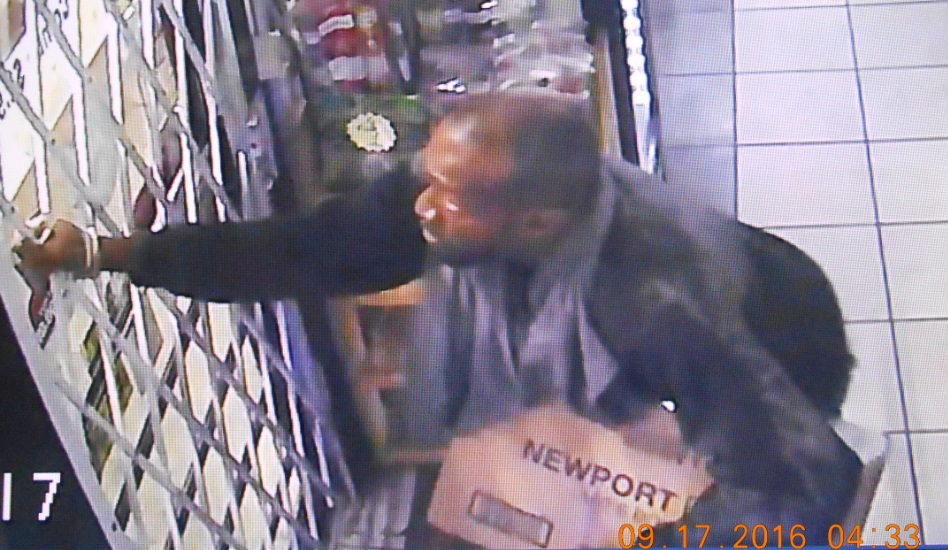