How next mayor plans to help RVA drug addicts recover

VCU iPadJournos interview with Erin Mayberry, director of female programs of the McShin Foundation, at the Recovery Listening Forum.

"Someone mentioned we have to break the stigma of addiction," Richmond mayoral candidate Jon Baliles said. "I’m pretty sure I’m not speaking for all the candidates, but I’m pretty sure that none of us haven’t been through friends or family through something with an addiction or mental health issue. We’ve all seen it."

Baliles said that he would look into expanding services for recovering addicts as well as establishing substance abuse and mental health education and screening programs in the city’s public schools. 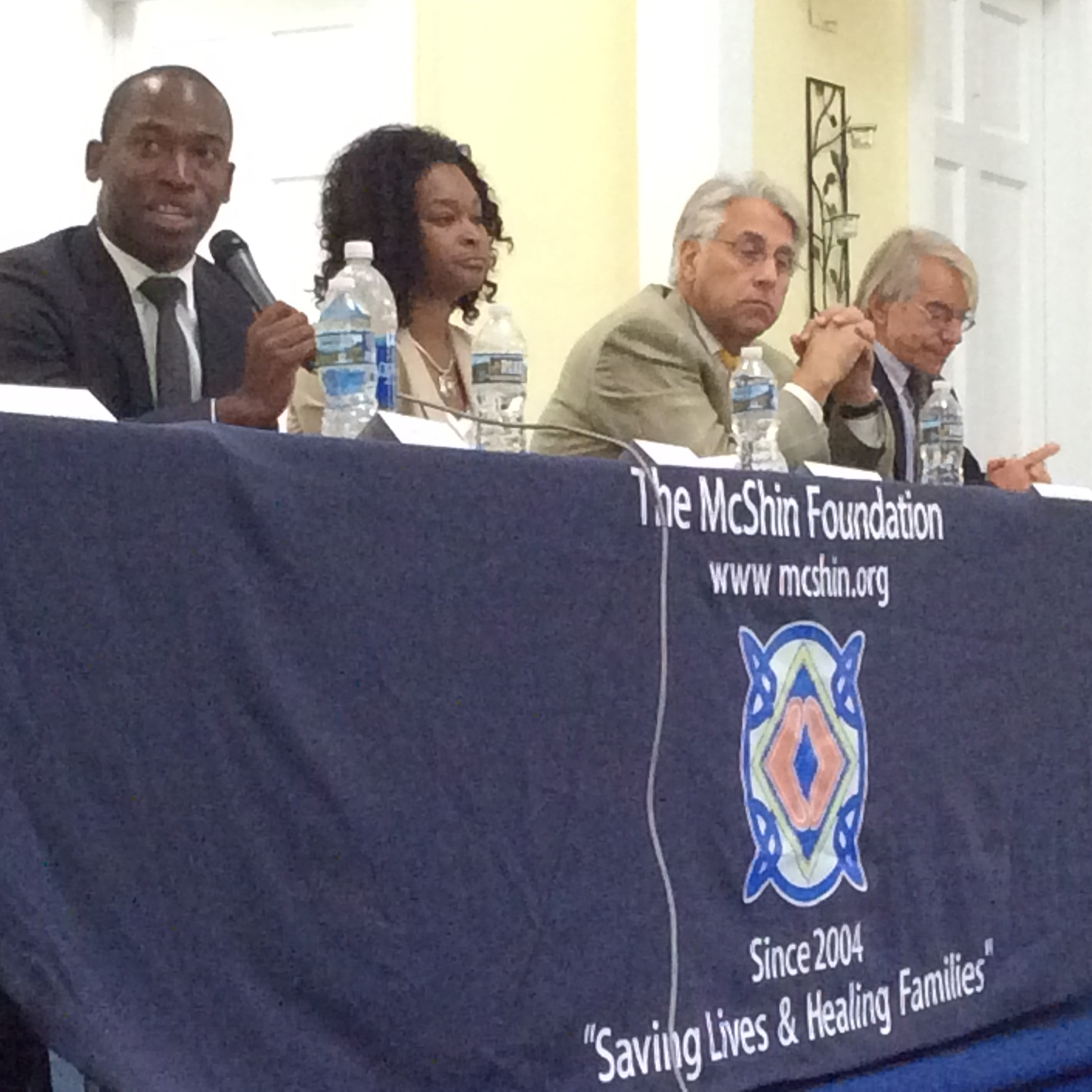 "I have been the first person to be a proponent of mental health courts. Right now, we are sending people to jail as a default, because they have mental health issues,” he said. “I want to have a mental health court in the Richmond city courts, so that an individual who has that illness can get treatment.”

Morrissey said that he has been the only candidate to have promoted naloxone, an overdose reversal medication, in the campaign over the last four months. He proposed an increase in drug courts and equipping first responders with improved training and naloxone to aid paths of recovery for drug abusers.

Rather than the usual topic and discussion format, the candidates heard from the audience of mainly recovering addicts for one hour as they asked questions and shared their personal stories at the Recovery Listening Forum.

After the listening segment, candidates were allowed five minutes each to respond and outline their solutions to drug abuse and recovery in Richmond.

The rights of recovering substance abusers was just one of the topics touched upon by the audience at the forum.

Candidate Levar Stoney, former Secretary of the Commonwealth, spoke about his own upbringing with drug offenders in his family.

Crediting his family with his academic and professional success, Stoney also talked about his actions as former Secretary of the Commonwealth to prove his dedication to the recovering community.

Stoney said that since he got involved in public service, he has always cared about giving a voice to the voiceless.

“The Secretary of the Commonwealth had restored the rights of more than 18,000 former offenders, many of those drug offenders in the past who every single day in this commonwealth walked around with a scarlet letter on their chest,” Stoney said.

Richmond City Council President and mayoral candidate Michelle Mosby also spoke about her experience in public office. She emphasized the importance of unity for successful reform of addiction and mental health support in Richmond.

Many members of the audience could relate to Mosby’s call for a true community effort.

“This is not an 'I' thing. This is an 'us' thing. We need to work together to fight this addiction, to stop this drug on the front lines,” said audience member David Bridges.

Mayoral candidates Bruce Tyler and Bobby Junes admitted that they do not have much experience with mental health and substance abuse disorder issues. Tyler said that the issues presented were “not in his wheelhouse.” But the two candidates endorsed non-profits, education, and post-recovery opportunities as ways to create a strong network of support.

Jack Berry, who joined the forum after 90 minutes, talked briefly of his personal connection to the recovery community, having experienced the loss of his 17-year old son from an alcohol abuse related accident. Candidate Lawrence Williams did not attend the forum.

As the forum drew to a close, audience members voted through a cheering poll for the candidate who would receive a $500 campaign donation from the McShin Foundation. Morrissey and Mosby drew the most calls of support from participants, and Mosby was ultimately declared the winner after receiving the loudest cheers.

“The event that was held tonight was to get all the mayoral candidates together just to bring some awareness to the disease of addiction, the stigma that’s attached to it, and to try and get a pulse, kind of, on where legislature is with helping with some of the policies and some of the stigma related issues that happened in our community,” said Erin Mayberry, director of female programs at the McShin Foundation.

By Cydni Gordon and Amy Lee.  (Special to WTVR.com)