VIRGINIA BEACH, Va. — If you head out to the Virginia Beach Oceanfront after dark, you could see an amazing light show.

Some bioluminescent organisms are in the water off the coast, making the waves glow a vivid blue, WTKR reports.

“They’re planktonic animals called dinoflagellates that are basically becoming much more dense, which causes that bioluminescent property,” explained Michelle Coley with the Virginia Aquarium. “That bioluminescence is created because these animals have a  light-creating pigment inside of them and when oxygen interacts with that light-creating pigment, that’s when you get that really cool looking, natural light show  down at the oceanfront.” 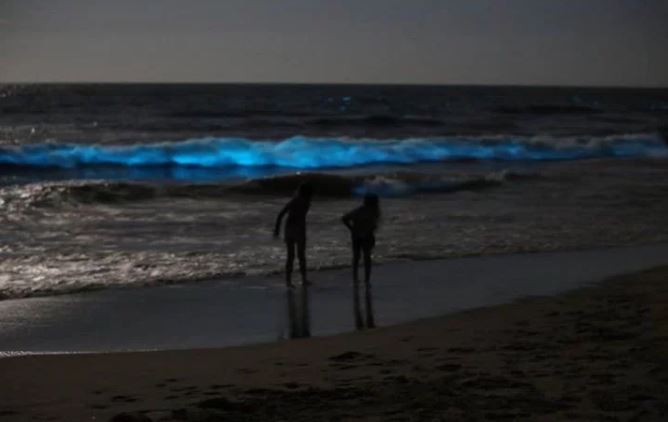 A similar event happened last year in the Sandbridge area.

There’s no way to predict it because tidal events change year to year, but Coley said it typically happens in late summer or early fall when there is warm water coming up the coast.

It can also occur if a significant number of the plankton are washed in due to a storm off the coast.

If you want to check it out, Coley said the best place to spot them is at the north end of the Oceanfront where there are fewer man-made lights.

People have reported seeing the glowing waves from around 40th St. all the way up to 84th St.

If the waves are still in the area of the beach, you can see them anytime between sunset and sunrise.