Kanawha Plaza reopens after more than a year closed

RICHMOND, Va. -- The Kanawha Plaza, at 9th and Canal Streets, at will reopen  on September 20.

The City of Richmond  announced there will be a grand opening extravaganza from 10 a.m. – 2 p.m. on Tuesday.

Following the official ribbon cutting with Mayor Dwight C. Jones and the  City’s Department of Parks, Recreation and Community Facilities and Enrichmond, a plaza tour will take place. There will also be a food truck court beginning at 11 a.m. and fitness activity samplers offered by the YMCA. 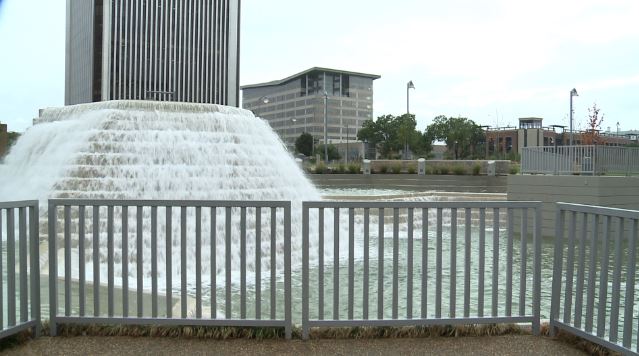 There will also be a food truck court beginning at 11 a.m. and fitness activity samplers offered by the YMCA.

The City invested $2.9 million in the Kanawha Plaza renovations. Kelso & Easter, Inc., of Richmond was the contracted designer and the Contractor was Southwood Building Systems, Inc. of Virginia.

Initial reports from the city were that the plaza would be finished in time for the UCI World Road Championship races, in Sept. 2015. The city later said that was not true and the plaza was not even a UCI destination.