RICHMOND, Va. --  The month of September started off on the damp side, accumulating 1.72" of rainfall in the first eight days.  Since then, it has been pretty dry for much of the viewing area.

A cold front will move into the region on Monday and then slow down as it crosses into eastern Virginia.  What is left of Tropical Depression Julia is located off the South Carolina coast, and some of that moisture will be drawn up into the frontal system.  These factors will combine to produce a decent shot of rain for at least the first half of Monday. 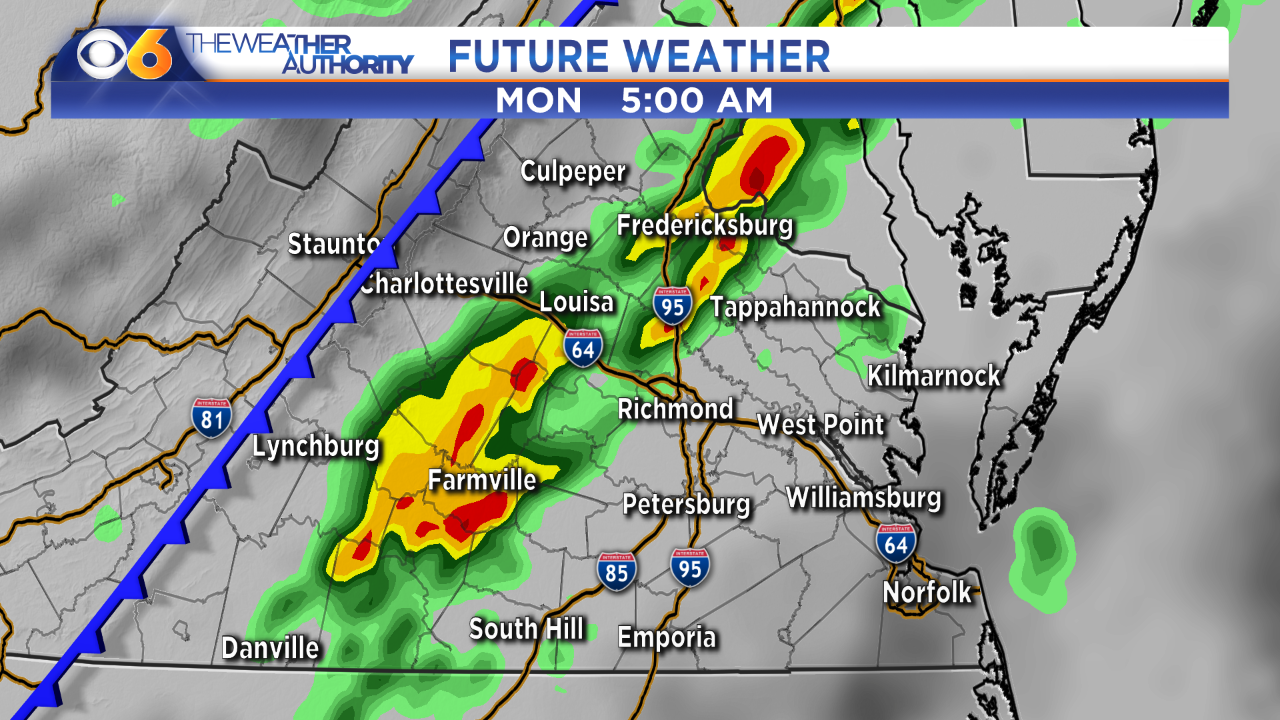 Over the past few days, the computer models have been really ramping up the amount of forecast rainfall.  A few models are suggesting less than half of an inch, but some of the model runs on Sunday morning are showing well over an inch of rain.

The high-end of the possible rainfall range exceeds three inches.  Some of these models tend to overdo rainfall amounts, but it is worth noting that the set-up will support locally heavy rainfall.

All of the computer model runs over the past few days average out to under an inch of rainfall.  Here is one of the models, showing a fairly likely portrayal of what may fall.  Rainfall amounts across southern and eastern Virginia will be a little higher, since the rain will stick around a little longer in those locations.

The main area of rainfall will push east on Tuesday, and any lingering showers will gradually taper off.  The rest of the week will be mainly dry.